How much LIMS can a researcher put up with?

Researchers don’t want to work with a LIMS and analysts don’t like electronic laboratory notebooks (ELN). These types of software are not ideally suited to mapping these two laboratory processes. In companies with R&D and analysis departments, there is an intensive data exchange between the departments. This data exchange across the departments needs IT support as well, which calls for a new type of software. We call it RALIMS. 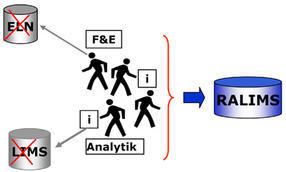 Fig.1: The interactive laboratory processes of R&D and Analysis cannot be satisfactorily mapped with separate LIMS and ELN systems. An RALIMS, with integrated LIMS and ELN functions, solves the dilema.

So far, nobody has questioned the hypothesis that software is always considered “good” when it is able to map the processes it was designed for. The reason researchers and service analysts are unhappy working with software is mostly because they both have to use the wrong kind of software.  Why is a LIMS unsuited to an R&D department and an electronic laboratory notebook (ELN) no use to a service analysis department? The answer lies in the purposes for which the LIMS and the ELN were developed.

The first LIMS appeared around 1980 and early versions were primarily used for monitoring production processes. Their application area was subsequently extended to service laboratories. In both cases analyses were carried out with standardised methods. For each item of information that has to be saved, there is effectively one field available in the LIMS. This clear data structuring makes it possible to conduct targeted evaluations. The evaluation options and questions are prescribed by the type of data handling. Such specifications are not permissible for an R&D lab.

The experiment documentation cannot be restricted by the software. It has to store data in a much more flexible way and the first electronic laboratory notebooks of the mid-90s were introduced onto the market to meet this very need.

Having both an LIMS and an ELN in the same company leads to data from R&D and Analysis being stored in separate systems, but there are usually frequent interaction requirements between the two departments. There is a lack of interaction support at data and application level and the data also lacks context if it is stored in two separate systems. This means that the system has created a barrier to generating information and knowledge from the data. 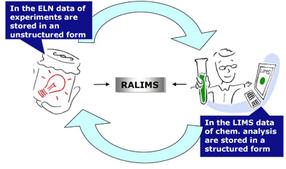 Fig. 2: Cross-departmental and completely transparent documentation of acquired knowledge is the basis for secure intellectual property.

It requires a new type of software that can store data in both a structured and unstructured way. We call it “RALIMS” and the acronym stands for Research and Laboratory Information Management System. The software stores the data from analysis and development as well as the interaction between the two in the same system. This makes it possible to create an experiment report that both documents the development activity and contains the analysis results in the desired place.  The analysis data is immediately visible from the development perspective, and likewise the development data can be immediately seen by the analysis team.

The newly-developed Limsophy product line, from Swiss software company AAC Infotray AG, makes it possible to have continuous mapping of processes from R&D and Analysis in one software package (integrated LIMS/ELN solution) (Fig.2). Information from an experiment can be displayed in each test and the information from the related tests can be shown in each experiment. This structural relationship makes it possible to generate an experiment report at the push of a button that, in addition to the documentation, contains the related test results in the desired form.

So now we can answer the question posed in the title. Researchers can’t put up with LIMS at all. They want to work in an ELN – but they do want to have the LIMS data integrated into experiment reports at the push of a button.