The customer, a leading international group in the food industry, was looking to replace its obsolete and error-prone manual data logging procedure by automatically transmitting data generated by analytical balances in its quality laboratory to an advanced LIMS (Laboratory Information and Management System). 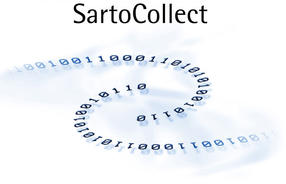 With SartoCollect software, a customer in the food industry can directly transfer his data to an advanced LIMS.

Quality management is crucial in the food industry. Especially as consumer protection is on the rise, accurate documentation and availability of data recorded throughout the entire production process of a food product is essential. To comply with these requirements, the customer has been using Sartorius analytical balances in its quality management laboratory. Until now, however, measured data had been manually entered into a PC by lab personnel, a procedure that was labor-intensive, inefficient and strongly error-prone.

For this reason, the customer was looking for advanced solutions to log and save data generated by its analytical balances in the quality management laboratory efficiently and reliably. An SAP-supported LIMS was to be implemented, which transfers quality- relevant data measured by balances into the respective LIMS forms easily and automatically. This upgrade project was conducted on a European level. 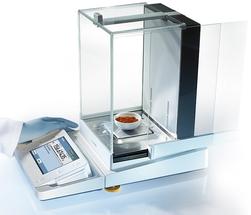 During the engineering phase, several approaches were assessed together with the customer, and the optimal solution was implemented at the end of this phase.

In the first approach, engineers considered the option of having the supplier program an interface in its LIMS for communication with balances. However, this approach was abandoned as the LIMS supplier lacked expertise about the analytical balances used, which would therefore have ballooned the cost of the project.

In the second approach, engineers contemplated using the commercially available ELN software (Electronic Lab Notebook) as an interface, instead of programming a completely new interface, in order to record and manage the data generated by the various balances. Implementing a second software layer in addition to the LIMS layer was not acceptable, however.

The third approach suggested proved to be the successful solution: Sartorius offered the customer SartoCollect communication software, an effective interface between balances and LIMS. This software provides the customer with an efficient, flexible system that enables him to implement his specific requirements for direct data transfer easily, efficiently and in a futurefocused way. The advantage of Sartorius SartoCollect software: it is a small, not directly visible software layer enabling direct and simple connection of analytical balances to PCs. A simple press of a key is all it takes to transmit data to the LIMS, without requiring any additional programming by a LIMS supplier. As a result, transfer errors caused by manual input are now entirely ruled out. SartoCollect can be universally used, not only to connect analytical balances but also to interface other small lab instruments. This software gives the customer an advanced and future-proof solution that permits equipment purchased later to be networked.