A Juchheim family’s history of success and innovation since 1926

The first glass thermometers were relatively primitive devices. Equipped with fixed contacts, they were capable of only limited interaction with a relay for things like switching an electric heater on or off or triggering an acoustic warning function. More sophisticated applications required a new development in technology in order to enable variable adjustment of the desired temperature. Ernst Juchheim, a master engineer of glass instrumentation and father of the author Gerhard Juchheim, accepted this challenge at a young age and committed extensive development time to invent the world’s first glass thermometer with variable temperature adjustment. In 1926, he patented his invention in his home country of Germany.

Eighty-five years later, in a fortunate coincidence, I discovered a surviving original example of these thermometers in the famous Deutsches Museum in Munich where it was displayed alongside other masterpieces of science in technology. As shown in the accompanying photographs, the museum's piece is a contact thermometer with a sliding magnet adjustment. It is further characterized by two opposing frosted-glass scales. The two scales are connected by an electrically conductive metal thread and a “sliding contact” in a capillary tube (Figure 1).

Temperature is set (to 60 °C, for example) on the upper scale by moving an magnet on the outside of the thermometer, whereby the tip of the lower scale’s metal thread is set to the same value. As the liquid is heated and the mercury column reaches the selected temperature setpoint of 60 °C, an electrical connection is established and the attached heater is switched off and then back on at brief intervals. This process repeats over and over and achieves an impressive control accuracy of approximately 1/10 °C. The patent was granted in 1927. The company Hermann Juchheim, founded by Wilhelm and Ernst Juchheim, began production.

The contact thermometer is filled with protective gas and may be charged with only minimal current (in the milliampere range). For this reason, it is essential to utilize a protective contact relay, which at that time was equipped with a vertical plunger-type switch tube, mercury filling, and a solenoid coil. This relay was also produced by the company Hermann Juchheim in the town of Ilmenau in eastern Germany. The relay's maximum switching power was 12 A (at rated voltage of 220 V).

A true breakthrough was achieved with the invention of a contact thermometer with a threaded spindle and rotary magnet. This product was patented on September 25, 1936. The desired setpoint temperature could be set with precision using a rotary magnet with the aid of a traveling nut, attached to which is an electrically conductive tungsten thread. The thread is guided with extremely high precision through the lower scale’s capillary tube, which is filled with mercury. Even before the Second World War, contact thermometers were used extensively in the first constant temperature circulators made by Dr. Höppler for purposes ranging from heating cabinets and incubators to galvanic baths.

A new life in West Germany

In 1952 – at the age of 50 years – my father had the courage to unlawfully leave the detested East German state, where entrepreneurs were routinely treated with contempt. He also enabled his family to follow him into West Germany by fleeing through West Berlin. His assets were confiscated by Thuringian authorities and his company became a state-owned enterprise. He chose the city of Solingen in the Rhineland region to start anew. The company here was initially known as Heju GmbH and later bore the name JUCHHEIM Kommanditgesellschaft (joint-stock company).

In West Germany the company developed a new and significantly improved contact thermometer (see Figure 3) that was produced in large numbers and sold together with the protective contact relay. Large chemical firms, universities, other institutions, and laboratory equipment dealers were the primary buyers and resellers. Then, in the 1960s, the company developed connection-ready laboratory relays aimed specifically at the chemical industry. They were offered and sold in conjunction with contact thermometers that were equipped with an electrical plug connection (see Figure 4).

Contact thermometers remained very important for laboratory and industrial processes for more than half a century, well into the 1970s. 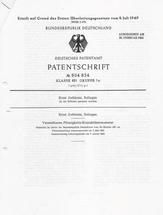 Figure 3: German Federal Patent No. 904 834 – Registered by Ernst Juchheim. Patented in the Federal Republic of Germany on October 19, 1951.

In the 1960s I finished a business degree. Despite my young age, my esteemed father, Ernst Juchheim, offered me the opportunity to expand and further grow the Solingen-based business. But I had a different vision and it was one that I could not realize in Solingen: the development and production of laboratory temperature-control instruments (commonly known as constant temperature circulators) for scientific and research applications. These products would utilize contact thermometers and exhibit an unmistakable design. The small town of Seelbach in Germany's famed Black Forest was chosen as the headquarters for this undertaking. 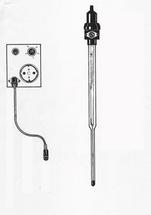 By January of 1967 we had completed the move to southwestern Germany and entered the company Juchheim Labortechnik KG into the commercial registry. The next step was to make the vision become a reality. In those early days, immersion circulators and constant temperature baths were the main sales drivers. However, the medical field (laboratories operated by doctors and hospitals) had difficulty using contact thermometers. This unsatisfied need prompted the young company to commit to a new technology. While the established competition continued to depend on contact thermometers for several more years, ironically the newcomer JULABO was the first to move away from the technology pioneered by my father. I believe that he would have understood our decision if he had been able to experience this evolution in technology.

1972 – Our company of 20 people launched a new technology. In the subsequent years, all of our products forewent contact thermometers in favor of resistance sensors and analog temperature selection with a rotary potentiometer and step switch for fixed temperatures (such as +37 °C). At this time we experienced a boom in sales from medical customers (especially external temperature control of photometers), whereby the company grew to employ 80 people by 1974.

1975 – Medical sales dropped significantly and suddenly due to the break-up of thousands of doctor-run laboratories. We responded by cutting costs. On the other hand, this new situation allowed us to build upon our experience in the medical fields to develop new products for industrial R&D. The results were heating and cooling circulators with higher pump capacities and expanded temperature ranges.

JULABO circulators with LED displays and precise temperature control directly in the external system through the use of Pt100 external sensors and analog interfaces.

At the 1979 ACHEMA trade fair, JULABO surprised the industry with an entirely new line of heating and cooling circulators. These products were characterized by a completely new and unmistakable design. Starting in 1980 the trade name “JULABO” was adopted as the company name. JULABO Labortechnik GmbH had set new standards for laboratories with analog measurement and control technology. Sales more than tripled in the 1980s.

The 1990s were characterized by yet another fundamental change in technology. In addition to the relevant hardware, essential software for each product played a significant role. Digital programmer functions were integrated in order to meet the expectations of the German and international markets. Beginning in 1995, we produced only “digital” circulators, measurement and control instruments, recirculating coolers, water baths, and shaking water baths.

The new generation of products was continuously refined and today is characterized by the following:

The new millennium brought several new developments, but none more significant than the first highly dynamic temperature control systems utilizing a completely closed design and now - in 2011 - a new generation of these products with TFT displays and many other technical advantages marketed under the name PRESTO®.

Eighty-five years later, the name JUCHHEIM remains an integral element of the JULABO corporate logo. Ever since Ernst Juchheim invented the contact thermometer and Gerhard Juchheim founded today’s JULABO, subsequent generations of Juchheims have continued the family tradition of leading the company into the future.

Since 1996, Ralph Juchheim has managed JULABO USA, the most important foreign subsidiary, through a period of sustained growth and expansion. Thanks to his leadership and the commitment of JULABO’s American employees, the American company has grown from a small sales office in 1993 to a highly respected industry player with more than 30 employees.

After receiving his education in the United States and gaining professional experience outside the family firm, Markus Juchheim joined JULABO Labortechnik GmbH as co-Managing Director on July 1, 2007. Under his professional and innovative leadership, JULABO is poised for continued growth around the world.

At JULABO, the customer is always at the focus of our efforts. At the same time, innovative German-engineered products keep us at least one step ahead at all times! We view our employees as a critical competitive advantage and strive to provide a comfortable and modern working environment that inspires outstanding performance.

Today JULABO is a global leader in the temperature-control industry with ten subsidiaries and sales and service partners in more than 100 countries.

The JULABO Group employs more than 300 people and continues to expand globally.

As independent, medium-sized company we are dedicated to continuing the long history of innovation and success of the Juchheim family.