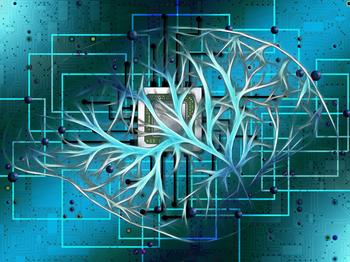 Merck announced its investment in SynSense (formerly known as aiCTX), a neuromorphic computing startup based in China and Switzerland. The startup’s AI (artificial intelligence) processors and sensors provide an unprecedented combination of ultra-low power consumption and low latency for a broad range of edge applications in smart home, smart security, autonomous driving, drones or robots.

“This is a great first investment by our newly established China Seed Fund and will further strengthen our ties with local entrepreneurs and investors,” said Isabel de Paoli, Chief Strategy Officer at Merck. “Our plan to be an active player in the China innovation landscape is paying off with this exciting step, which nicely complements our activities in our Performance Materials business sector.”

Merck invested in SynSense via its China Seed Fund, which was established in October 2019 by its corporate strategic investment arm M Ventures and the Merck China Innovation Hub. The Series A investment round was led by CTC Capital and joined by M Ventures, CAS Star, Ecovacs Robotics, Yunding and Archer Investment.

Neuromorphic computing is generally considered a key enabler of next-generation AI. As a spin-off from the joint Institute of Neuroinformatics at the University of Zurich and ETH Zurich (lab of co-founder Professor Giacomo Indiveri), SynSense is leveraging the vast know-how of one of the leading academic research institutions in this space. Its neuromorphic chip design is inspired by the human brain featuring massive parallelism and asynchronous logic in order to overcome the von Neuman bottleneck that slows down AI on conventional computing systems. The implementation with Spiking Neural Networks (SNN) enables, for example, ultra-low power dynamic vision processing at less than 1 mW (milliwatt).

The current deal marks the third investment of M Ventures in the advanced computing technologies space in less than a year, following investments in AI chip design company MemryX, Ann Arbor, Michigan, USA, and quantum computing startup SeeQC, Elmsford, New York, USA. This underlines the importance of the field for Merck. With its broad footprint as a leading science and technology company, Merck has a unique exposure to next-generation computing. Merck’s involvement spans the entire value chain from being a supplier to the semiconductor industry to an end-user in pharmaceutical and biotech research & development.