Start-ups in Germany are rarely based on radical innovations 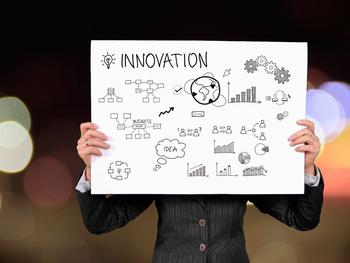 The founding processes in the "alternative energies" and "information technologies" sectors are proceeding faster in Germany than in the USA. This is the result of an international research project of the IfM Bonn and the University of Utrecht, which evaluated a survey of founders in Germany, the USA, Italy and Great Britain in these two sectors.

"Obviously, founders in this country only dare to give up secure employment when their founding idea is already relatively mature. For this reason, they seem to encounter fewer obstacles in the later implementation of their founding project, which ultimately accelerates the founding process from the very beginning," says Dr. Nadine Schlömer-Laufen, explaining the study's findings. Together with Associate Prof. Dr. Andrea Herrmann (University of Utrecht), the IfM scientist led the research project "From the idea to the profit – an empirical analysis of the development processes of start-ups".

On average, it takes about 29 months in both studied industries in Germany before an idea is turned into a company that generates substantial profits. On average, about 12 months are spent on the pre-foundation phase, 6 months on the implementation phase and just under 11 months on the maturation phase.

However, the total time required to set up a company can vary considerably: While some start-ups in the sectors studied reached the profit zone after only a few months, in other cases it takes several years. "In principle, the more innovative a business model is, the longer the start-up process takes," reports Dr. Nadine Schlömer-Laufen. "Foundations based on radical innovations take almost 16 months longer than imitative start-ups. This is not surprising, since radical innovations usually require more time to establish themselves in the market, since the products or services are often still unknown.

However, only one in nine new start-ups in alternative energies or information technology is based on a radical innovation. About one in three start-ups is based on an improvement of an existing product or service, one in two on an imitation. The business models resulting from an imitation or improvement establish themselves on the market much faster than those based on a radical innovation. Their rapid success is an indication that the focus of economic policy should go far beyond the promotion of solely innovative start-ups.

"The extent to which the corona crisis is currently affecting the founding behaviour and the founding process cannot yet be predicted. Additional analyses suggest that crises have an accelerating effect," says the IfM project manager. For example, during the global financial and economic crisis in 2008/2009, the entire start-up process of companies was shortened by 10 months on average. It is possible that founders and founders are more willing to put all their eggs in one basket in times of crisis, e.g. due to the threat of unemployment, and to push ahead with the founding process more quickly. "This accelerating effect could now also be seen in some start-up projects - but probably only in those industries that are not strongly affected by the pandemic," says Dr. Nadine Schlömer-Laufen.