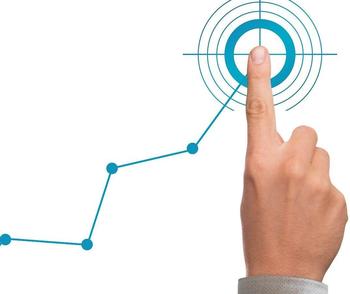 ALTANA again achieved double-digit growth in the first half of 2022. In the first six months of the year, the specialty chemicals group’s sales rose by 18 percent to 1,573 million euros compared to the same period of the previous year (1,334 million euros). Adjusted for acquisition and exchange-rate effects, sales were up by 12 percent. Earnings before interest, taxes, depreciation and amortization (EBITDA) reached 268 million euros, around 5 percent lower than the prior-year figure (283 million euros), mainly due to the exceptionally high cost of materials, logistics, and energy. The EBITDA margin in the first half of 2022 was therefore 17.0 percent (same period of the previous year: 21.2 percent).

Despite the high purchasing costs, ALTANA increased its already high research and development expenses to 95 million euros in the first six months of the current year, almost 16 percent up on the same period of the previous year. “Even in these troubled times, ALTANA remains the reliable innovative partner that our customers need right now,” said Martin Babilas, the CEO of ALTANA AG. “We continue to invest in sustainable technologies that help protect the climate. The path ALTANA embarked on years ago is currently proving more important than ever.”

The company’s innovation pipeline brought about, among other things, the market launch of ECOLEAF, a new metallization technology for the production of metallic label decorations with a significantly improved environmental profile. The system, developed in the ACTEGA division, not only eliminates the use of plastic carrier foils, but also avoids metal waste by using only the amount of metallic pigments required for each application. As a result, the CO2 footprint can be reduced by more than 50 percent vis-à-vis conventional processes.

ALTANA is also going full steam ahead on the way to achieving its own climate neutrality by 2025. At the ACTEGA site in Grevenbroich (North Rhine-Westphalia), for example, the exhaust air purification process is to be switched from natural gas to electricity from renewable energies by the end of the year. This will halve the natural gas consumption of the entire site and reduce greenhouse gas emissions by 500 tons of CO2 equivalents per year. The ACTEGA site in Vigo, Spain, which has already been purchasing electricity exclusively from renewable sources since 2016, also made further progress in its energy transformation. A total of 184 photovoltaic modules on the site now reduce dependence on external suppliers.

Strong growth in all divisions

In the first half of 2022, all four divisions recorded high growth rates. ALTANA’s largest division, BYK, achieved sales of 724 million euros, an increase of 15 percent in a year-to-year comparison. Adjusted for exchange rate effects, the sales growth was 10 percent. Among other things, BYK additives make the production of lithium-ion batteries more energy-efficient. These batteries are used, for example, to store electricity from solar and wind power plants.

The effect pigments specialist ECKART posted sales of 213 million euros, corresponding to growth of 9 percent (5 percent in operational terms). In May, ECKART was awarded platinum status by EcoVadis, the world's largest provider of sustainability rankings. Consequently, ECKART is among the most sustainable one percent of chemical companies assessed by EcoVadis.

The ELANTAS division, whose innovative insulating materials are increasingly being used to expand e-mobility, recorded sales of 352 million euros, up 24 percent on the previous year, and 16 percent in operational terms.

ACTEGA’s sales rose by 28 percent to 284 million euros. Adjusted for acquisition and exchange-rate effects, the increase was 19 percent. ACTEGA received the ALTANA Innovation Award this year for the development of ROTARflow – a technology that makes the production of food and beverage cans more efficient and sustainable.

Strong growth in all regions of the world, with the growth driven by the U.S.

In the first half of 2022, ALTANA achieved double-digit growth rates in all regions of the world. Europe, which continues to be the strongest region in terms of sales, reached 589 million euros, corresponding to an increase of 12 percent (11 percent operationally). Sales in Germany grew by 14 percent (13 percent in operating terms). In the Americas, the Group achieved the most significant increase, with sales rising by 33 percent (21 percent in operating terms) to 439 million euros. This development was driven by sales in the U.S. market, which grew at the same rate. In Asia, ALTANA achieved sales of 517 million euros, 14 percent higher than in the prior-year period. Adjusted for currency effects, sales in this region rose by 8 percent.

Further geopolitical and macroeconomic developments and their effects on demand, purchasing costs, and exchange rates cannot be estimated with certainty at present. While ALTANA’s sales for the full year 2022 are expected to significantly exceed the previous year’s figure, the further development of earnings depends primarily on the availability and costs of raw materials and energy sources. “In view of the good half-year results, our own financial strength, the measures implemented to secure energy supplies, and in particular the resilience of its business model, which has been proven over many years, ALTANA is well equipped to master the challenges of the current environment,” said the company’s CEO Martin Babilas.