The Chemistry of Superglue 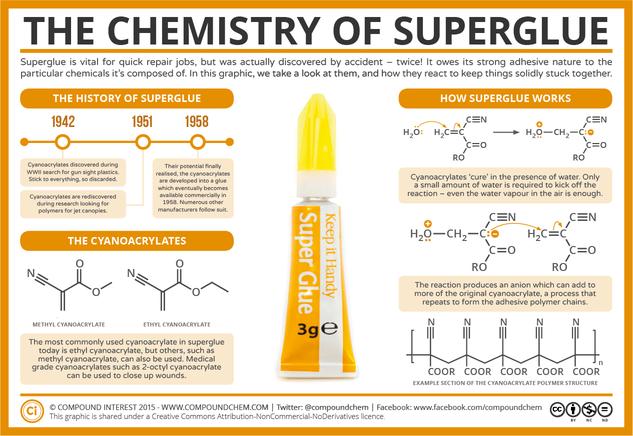 The Chemistry of Superglue

Superglue is an incredibly useful invention, allowing us to repair all manner of objects. However, it nearly wasn’t invented at all! Here’s a quick look at the story of superglue, and, more importantly, the chemistry that allows it to do its job.

Superglue was initially discovered by accident. Dr Harry Coover, a researcher at Kodak laboratories, was trying to develop clearer plastics for use as gunsights during the Second World War when he stumbled across cyanoacrylates, the class of chemicals used in superglue. However, due to their tendency to stick to absolutely anything, they were discarded as useless.