The creation of tools made from laser light

The 2018 Nobel Prize in Physics 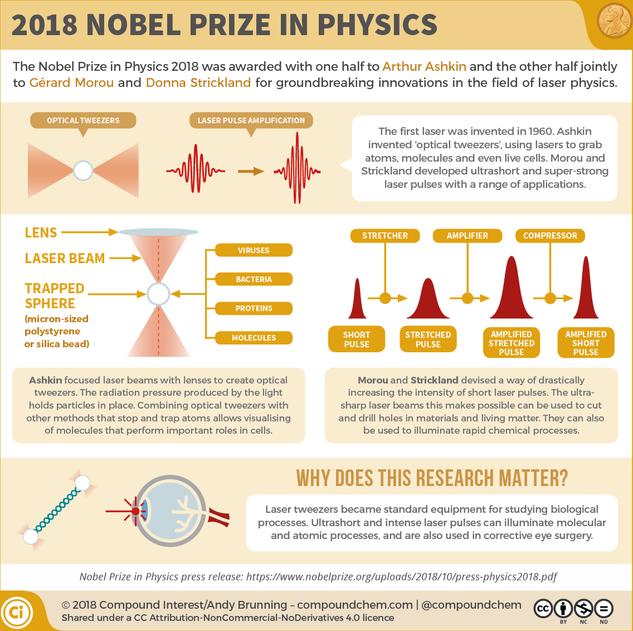 The 2018 Nobel Prize in Physics: The creation of tools made from laser light