Unleashing our immune systems against cancer

The 2018 Nobel Prize in Physiology or Medicine 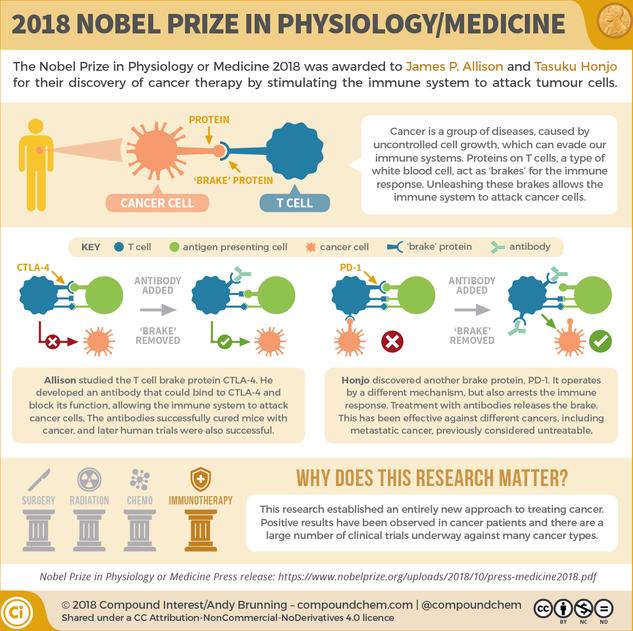 The 2018 Nobel Prize in Physiology/Medicine: Unleashing our immune systems against cancer

The first of the 2018 Nobel Prizes is awarded. The 2018 Nobel Prize in Physiology or Medicine was awarded to James P. Allison and Tasuku Honjo for their discovery of cancer therapy by stimulating the immune system to attack tumour cells. This graphic takes a look at the prize-winning research.