The Chemical Compounds Behind the Aroma of Coffee 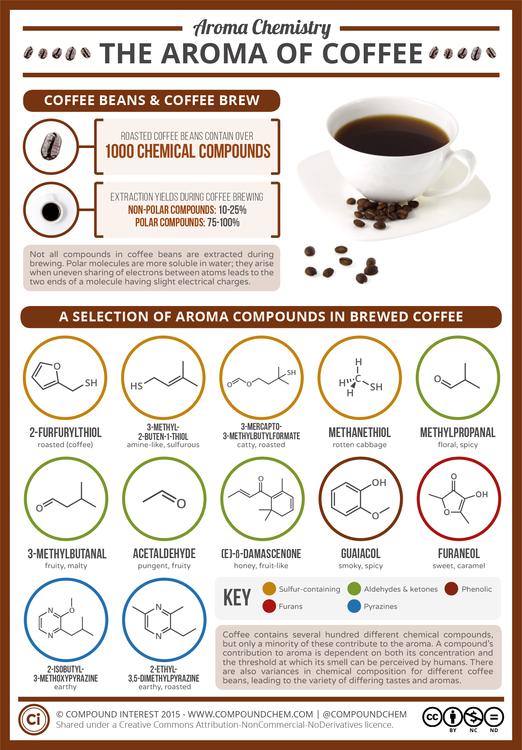 The Chemical Compounds Behind the Aroma of Coffee

Whether you’re a coffee connoisseur or completely unfussy about the manner in which you get your caffeine fix, there’s no denying that the smell of freshly-brewed coffee in the morning is an invigorating one. The chemistry behind this aroma, though, is far from simple; a complex collection of chemical compounds are responsible, and this graphic takes a look at a selection of these.

We’ve taken a look at chemical compounds found in coffee beans previously, but then we were primarily concerned with what causes the bitter notes in the flavour of coffee, as well as looking at some of the more obvious compounds present, such as caffeine. Generally, the majority of the molecules mentioned in that post aren’t big players when it comes to coffee’s aroma. Kick-starting your day with caffeine might be the goal of the morning coffee, but caffeine itself is odourless as well as essentially tasteless, at least as far as coffee’s concerned, and instead it’s a range of other compounds that contribute to the scent.