The Chemical Compounds Behind the Scent of the Sea 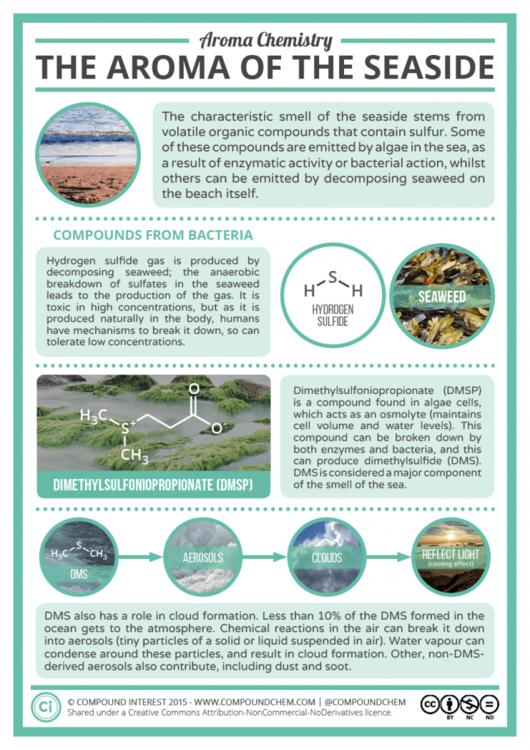 The Chemical Compounds Behind the Scent of the Sea

The summer holidays are here, which means there’ll soon be crowds flocking to the coast to spend the day at the beach. The supposed benefits of ‘fresh sea air’ are commonly extolled, but its origins might not be what you think: it’s the chemical compounds produced by algae and seaweed that contribute towards its characteristic smell.

Seaweed is one of the more obvious sources of malodorous compounds. It’s commonly seen washed up on the fringes of the sea, and as it decomposes, it can produce gases that contribute to the ‘sea smell’. The principle gas produced is hydrogen sulfide, which is generated via the bacterial breakdown of organic compounds in the seaweed. Hydrogen sulfide has an odour commonly described as akin to rotting eggs, and is actually a toxic gas in high concentrations.