The Chemical Compounds Behind The Smell Of Rain 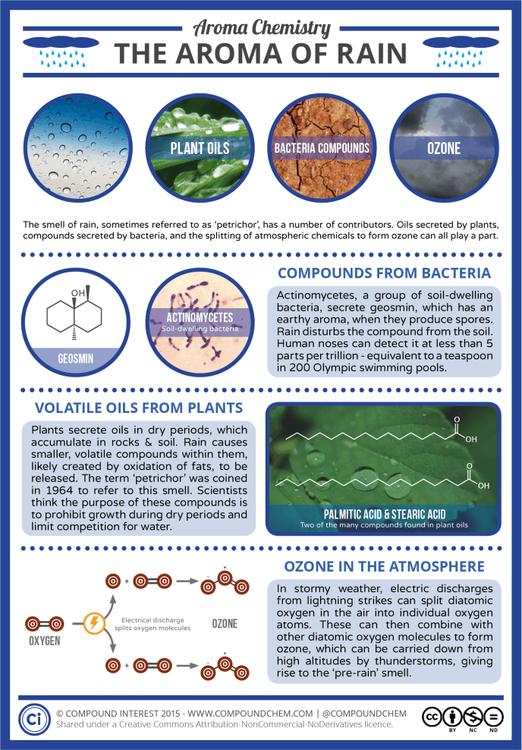 The Chemical Compounds Behind The Smell Of Rain

Everyone’s familiar with the smell after a heavy rain shower in the summer – or, for that matter, the ominous scent of an oncoming thunderstorm. In the third part of the Aroma Chemistry series, this graphic examines the chemical compounds that are the major contributors to these smells, and how they arise.

Different compounds are involved to varying degrees in the smell of rain, depending on whether we’re talking about the post-rain or the pre-rain smell. The three major origins of these compounds are bacteria in the ground and soil, oils released by plants during periods of dry weather, and electrical charge in the vicinity of thunderstorms.