The Chemistry of Camembert 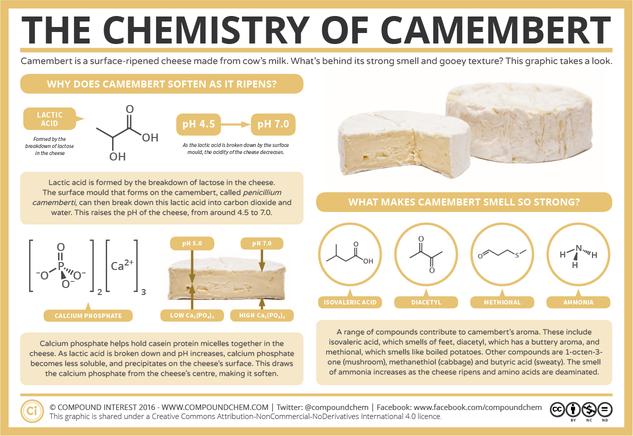 The Chemistry of Camembert

The creaminess of camembert is bested by few other cheeses – but it also has a strong smell to rival blue cheeses that reminds you of its presence in your fridge! Additionally, unlike many other cheeses, as it’s left for longer its insides start to become more gooey. Here we take a look at some camembert chemistry, and try to uncover the chemical reasons behind the cheese’s unusual characteristics.