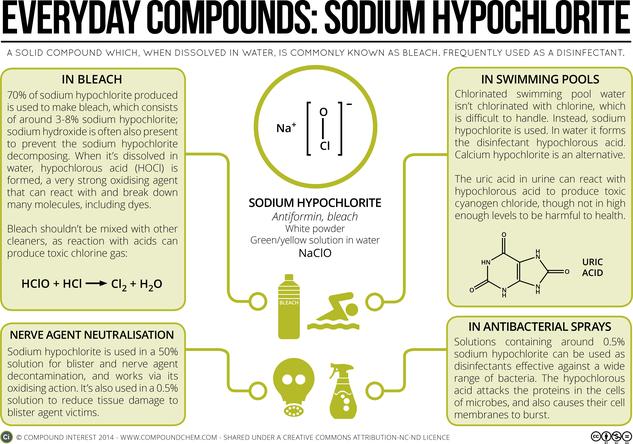 It’s been a little while since the last entry in the Everyday Compounds series, so today’s post takes a look at Sodium Hypochlorite. This chemical is likely to be found in several cleaning products in your kitchen, and additionally is one of the main compounds used to chlorinate the water in swimming pools. Here’s a look at the chemistry behind these uses, and the potential dangers.