The Dark Side of Fireworks

The Chemistry of their Environmental Effects 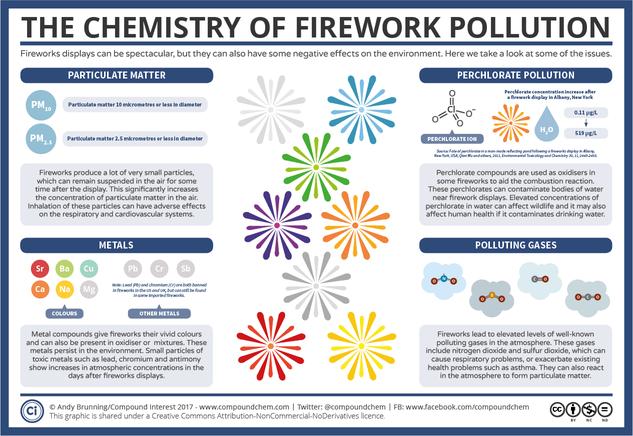 The Dark Side of Fireworks – The Chemistry of their Environmental Effects

Many of us enjoyed watching spectacular fireworks displays to usher in the new year. However, the vibrant colours of fireworks belie the effects that they can have on the environment. With this graphic, we take a look at some of the issues that they can cause.