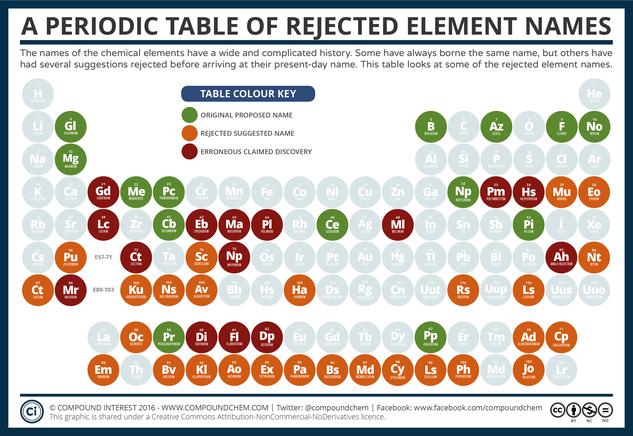 For elements discovered more recently, a catalogue of names have been seriously and not-so-seriously suggested before the official names were confirmed. Past elements, too, have been subject to naming variations, be it due to simultaneous discoveries, language differences, or scientific squabbles over the right to name the element in question. This table looks at a selection of these ‘rejected’ element names.