The Chemistry of Matches 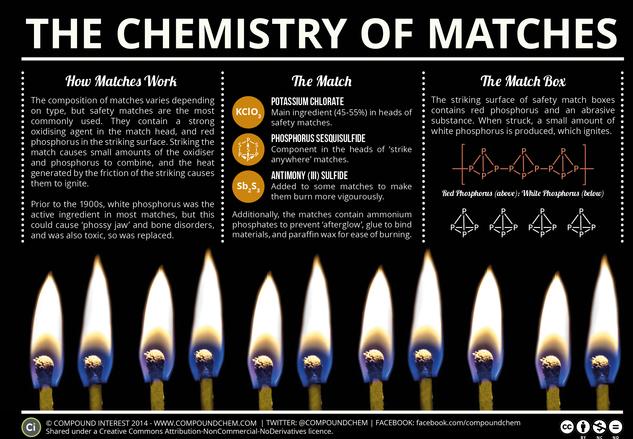 The Chemistry of Matches

Matches, as it turns out, have been around for a long time. Sulfur-based matches are mentioned as far back as the 1200s in texts of the time, and in the 1600s a process involving drawing sulfur matches through dried phosphorus-soaked paper was devised. However, the friction matches we’re used to have their origins in the 1800s; the first were developed by the English chemist, John Walker, in 1826. His matches involved a mixture of potassium chlorate, antimony (III) sulfide, gum and starch, which ignited when struck on sandpaper. These matches were somewhat unreliable in whether or not they would successfully strike, however.