The Chemistry of Paint 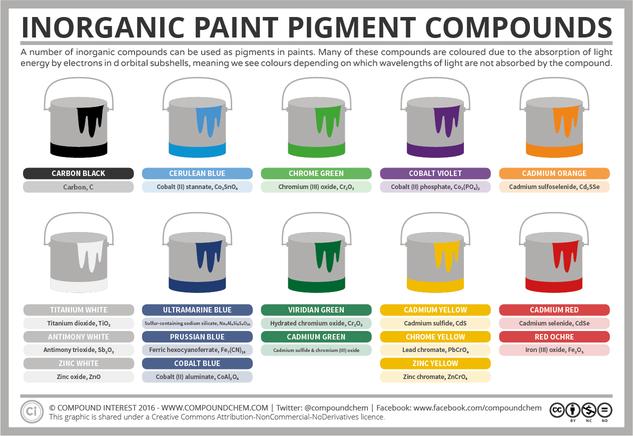 The Chemistry of Paint

The latest in the Colourful Chemistry series looks at the inorganic compounds that give many paints their colours. This shows a limited selection of the most common compounds, and there are many others; there are also a large range of organic based pigments, which aren’t discussed here.

Generally, paints are composed of a binder, a solvent, and a pigment. The binder is a polymer, either dissolved in the paint or suspended in it by emulsifiers, the role of which is to hold the pigment to the surface. For emulsion paints, the solvent used is just water, whilst for others organic compounds such as turpentine are utilised.