A Guide to Simple Heterocycles in Organic Chemistry 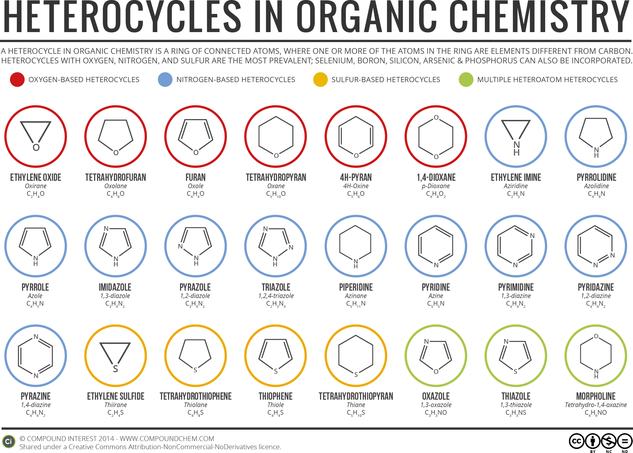 A Guide to Simple Heterocycles in Organic Chemistry

We’ve already examined the functional groups that can be present in organic molecules in a previous post; here, we take a look one step further, at heterocycles. Heterocycles are hugely important in organic chemistry – they make up more than half of all known organic compounds. Caffeine is a prime example of an everyday chemical that is composed of heterocycles, as is nicotine, and there are plenty of others in pharmaceuticals and natural products we use on a natural basis. Parts of our DNA are even made up of compounds which contain heterocycles.