Declining satisfaction with Germany as a chemicals site 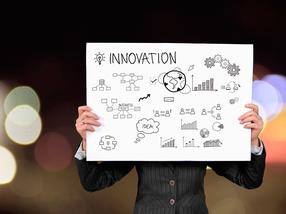 The innovation processes of the past century remain predominant in the German chemicals industry. Only a minority of companies are open to innovation partnerships outside the traditional value chain, such as collaborating with firms in other industries and start-ups. A skeptical attitude persists toward modern approaches like crowd innovation. These are the findings from of the latest CHEMonitor trend study by CAMELOT Management Consultants in cooperation with the industry journal CHEManager.

The focus topic of Open Innovation addressed in the 30th CHEMonitor issue concerns opening up formerly internal innovation processes to outside parties. In the corporate survey of what innovation processes are of major importance to their organization, 80% of responding chemicals firm managers cited cooperation with customers, followed by partnerships with suppliers (49%) and universities/research institutes (49%).

“Agility and innovation will be the lifeblood of chemical companies in the 21st century. Most of the chemicals industry remains stuck in innovation processes belonging to the 20th century, however,” commented CAMELOT Managing Partner Dr. Josef Packowski, adding, “To keep up with the innovation advances made in the global chemicals industry, more open and integrative innovation processes will be essential.” Relatively few enterprises however said they view partnerships with companies in other industries (33%) or with start-ups (29%) as ‘very important’. An even smaller percentage of managers draw upon modern innovation methods like using technology scouts or crowd innovation (13%).

Open Innovation: An opportunity for SMEs

Distinct differences are observable with regard to use of open innovation between large corporations and small- to mid-sized enterprises in the chemicals industry. Three-quarters of large firms are already involved in open innovation (76%) while only one quarter of companies with less than 500 employees utilize open innovation or plan to do so (23% and 4% respectively). “The chemicals industry is clearly cautious when it comes to open innovation, even though it presents an opportunity and advantages as a flexible, interdisciplinary approach while simultaneously reducing risk,” said chemicals industry expert Sven Mandewirth, a partner at Camelot, in discussing the survey results.

Declining satisfaction with Germany as a chemicals site

As in the past, the CHEMonitor panel was surveyed regarding satisfaction with Germany as a site for chemicals producers. While 88% of managers asked in the latest survey said they expected sales to increase in 2018, the percentage of those who rated Germany as “good” or “very good” as a site fell for the third consecutive time from 90% in May 2016 to a current 65%. Chemicals industry managers are particularly dissatisfied with energy costs. The largest decline was evident in satisfaction with the legal and political environment, which was down by 34 percentage points.