Saving up to one million metric tons of CO2 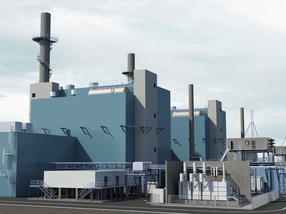 Evonik is to install a new advanced high-efficiency gas and steam turbine power plant at Marl Chemical Park. The specialty chemicals group is thus, after more than 80 years, ending hard-coal based power and steam generation in Marl, which will reduce its CO2 emissions by up to one million metric tons annually. Direct greenhouse gas emissions of its plants worldwide will then be reduced annually by almost one fifth.

Evonik and its partner Siemens signed agreements for the construction of the two-block power plant on August 30th. Construction is slated to start before the end of this year. The high-efficiency and very flexible plant, produces power and steam in a cogeneration process, is expected to come on stream in 2022. Its total system efficiency will exceed 90 percent.

The project cost is in the three-digit million-euro range. Siemens Gas and Power is the main contractor and, jointly with its internal partner Siemens Financial Services, is responsible for the planning and construction of the entire power plant, including a new central control station building. Evonik will operate the plant in conjunction with the existing natural gas power plants.

“The modernization of our power plant park is a key element in achieving Evonik’s sustainability targets,” says Thomas Wessel, Chief Human Resources Officer and Industrial Relations Director of Evonik. “The main climate target of Evonik is to halve our absolute greenhouse gas emissions by 2025 relative to base year 2008.”

Willibald Meixner, CEO of Siemens Gas & Power, Power Generation Operations, said: “Siemens is actively helping to shape the energy transition in Germany. Decentralized industrial power plants that are equipped to meet the requirements of digitalization are an important component of our portfolio for the reduction of CO2 emissions. This is well illustrated by the Evonik order, which gives us immense satisfaction.”

With the new power plant Evonik is securing cost-efficient and sustainable energy for its Marl Chemical Park, Evonik’s largest production site, over the long term. Apart from power, steam generation is also important for production in the Chemical Park. The plant has a power output of 180 megawatts—which corresponds to the power requirement of almost 500,000 households—and can produce up to 440 metric tons of steam per hour. The load control of the plant is highly flexible. This means it can contribute toward balancing out fluctuations in power feed from renewable energies into the grid—which is an important and indispensable element for the energy transition. About 2,000 households will continue to be supplied with district heating from the site’s integrated steam network.