Sustainability in the business model as the recipe for the future? 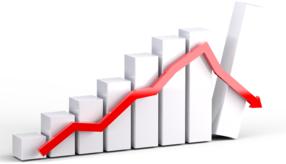 The economic downturn is dampening the mood in the German chemical industry. According to the current CHEMonitor poll by CAMELOT Management Consultants and the trade newspager CHEManager, the satisfaction of chemical managers with Germany as an economic site has reached a new low. The trend towards sustainable value creation opens up prospects for the future. A third of the chemical managers see Germany as a global pioneer. However, only 40% of those surveyed believe that their own company is already making a positive sustainable value contribution.

“The mood in the German chemical industry is clearly gloomy, and chemical managers are punishing Germany with the worst rating since 2013,” says Dr. Josef Packowski, Managing Partner at CAMELOT, commenting on the CHEMonitor results. “Now is the time to focus on new opportunities and make consistent use of them. Sustainability as an integral part of the business model is one such opportunity.”

Sustainability as a site factor

One third of managers (33%) see Germany as a pioneer for sustainable growth, another 45% as an early user. Germany is thus the front-runner, closely followed by China, which 30% of respondents consider to be a pioneer. The USA, on the other hand, fared significantly worse.

The survey participants believe that the chemical industry makes a “high” or “very high” social value contribution in terms of the qualification (89%) and remuneration (70%) of employees, climate and environmental protection (68%) as well as integration and equal opportunities (61%). Three-quarters of the managers surveyed rated the social value contribution of the chemical industry as high or very high compared with the mechanical engineering and automotive industries, which generate significantly higher sales.

“However, reality seems to be lagging behind this self-image: less than half of the managers surveyed regard the sustainable value contribution of their own company as positive. This gap between appearance and reality must now be closed,” says Dr. Jörg Schmid, head of the CHEMonitor study at CAMELOT, commenting on the survey results. The chance of this happening is good, because the vast majority of German chemical companies see sustainability as an integral part of their future business strategies.

For the current 33rd CHEMonitor survey, the CHEMonitor panel of 200 top decision-makers from the German chemical industry, which was established in 2007, was surveyed between September and October 2019. The special focus was on the topic of “sustainable value creation”.