Evonik is getting through the crisis well 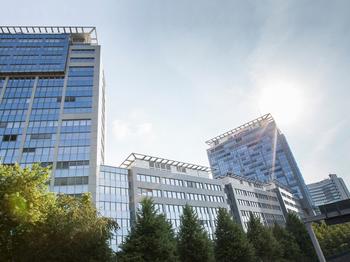 Despite the persistently challenging macroeconomic environment, Evonik continues to manage well in the crisis. In the third quarter, the company achieved adjusted EBITDA of €519 million, down just 4 percent from the same quarter of the previous year. Sales amounted to €2.92 billion, compared with €3.23 billion in the prior-year quarter. Evonik thus confirms the preliminary results already published on 15 October.

"We are pleased to confirm our previously published results, which were clearly above market expectations," said Christian Kullmann, chairman of the management board. "We are in an excellent position to get through the crisis because of the strategic measures we implemented this year and in previous years."

Following the better-than-expected performance of the third quarter, Evonik on 15 October also confirmed and further specified the outlook for the full year 2020. Evonik expects adjusted EBITDA to be between €1.8 billion and €2.0 billion (2019: €2.15 billion). Previously, the company had expected adjusted EBITDA of between €1.7 billion and €2.1 billion. The sales outlook remains unchanged at €11.5 billion to €13.0 billion (2019: €13.1 billion).

The outlook for free cash flow was also raised. Evonik expects around €700 million in 2020 (2019: €717 million before tax payments from the Methacrylates business carve-out). Free cash flow relative to adjusted EBITDA, the so-called cash conversion rate, is now expected to be above 35 percent. Previously, Evonik had forecast a figure at the previous year's level of at least 33.3 percent.

"The Corona crisis is far from over; visibility remains very low. Nevertheless, we are delivering what we promised," said Ute Wolf, chief financial officer.

In the third quarter, the company was able to generate €312 million in free cash flow, a similar level to the prior-year quarter. (Q3 2019: €321 million before tax payments from the methacrylate business carve-out).

Development of the divisions

Specialty Additives: The division stands out for its high resilience, stable prices and a sustainable high margin level of 27.5 percent. Business development in end markets such as construction and renewable energies continued to be robust, also benefitting from governmental stimulus programs. Demand, in particular from the automotive sector and for coatings, improved compared to the previous quarter but was still below the previous year's quarter. Sales at Specialty Additives fell 10 percent to €777 million in the third quarter. Adjusted EBITDA decreased 8 percent to €214 million.

Nutrition & Care: Sales at Nutrition & Care fell 2 percent to €715 million in the third quarter. The development was characterized by higher demand in the health and care sector. The essential amino acids contributed slightly lower sales, mainly due to currency factors, while selling prices were noticeably higher than in the same quarter of the previous year. Adjusted EBITDA rose 18 percent to €140 million.

Smart Materials: The division reported a noticeably more buoyant business performance in the third quarter than in the second quarter, but sales and earnings fell short of the same quarter of the previous year. The global economic slowdown, particularly in the new car business in the automotive sector, but also in other industries, led to a decline in volumes, particularly for high-performance polymers as well as silica for the tire industry. The inclusion of PeroxyChem for the first time, on the other hand, had a significant positive effect. Sales fell 5 percent to €790 million in the third quarter. Adjusted EBITDA fell 13 percent to €137 million.

Performance Materials: Sales of C4-Verbund products fell as a result of declining demand, particularly from the automotive and fuel industries. The massive drop in the price of oil also weighed on the business. Sales fell 27 percent to €444 million and adjusted EBITDA by 43 percent to €28 million in the third quarter.