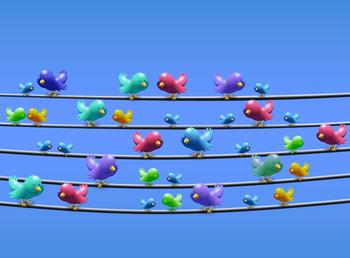 The short message service Twitter has played a prominent role in US politics in recent weeks and months and attracted a lot of attention. Even in business, Twitter users' tweets are being closely followed and used as a basis for decision-making. A new study shows that venture capitalists can also be influenced by Twitter sentiment when valuing start-up companies from the high-tech sector. "However, the sentiment signals on Twitter say nothing about the long-term investment success of such a start-up. Patent applications, for example, are much better suited for this," said Professor Andranik Tumasjan from Johannes Gutenberg University Mainz (JGU) in Germany. He conducted the study together with Professor Reiner Braun and Dr. Barbara Stolz from the Technical University of Munich.

The researchers' main question was whether and how strongly venture capitalists may be influenced by media hypes. "Out of all social media platforms, Twitter is the most suitable medium for such a study in the business and technology sector," emphasized Tumasjan. Founded in 2006, the microblogging service is now the world's most important social media platform for the short-term exchange of information on new technologies and trends, such as artificial intelligence and business activities in general. Twitter sentiment could therefore also influence venture capitalists' start-up valuations. "Young start-up companies are particularly difficult to value when they have just been launched, as nothing has yet been produced or sold. This means that there is a huge amount of uncertainty involved when venture capitalists decide whether to invest in tech start-ups," explained Tumasjan.

But can Twitter sentiment actually predict the valuations and long-term success of high-tech start-ups? The research team analyzed over 400,000 English-language tweets about 37 different technologies and more than 4,600 venture capital financing rounds between 2008 and 2017. The tweets were analyzed using VADER, a dictionary specifically designed to measure social media sentiment. "This gives us an objective indicator of Twitter sentiment and how people are talking about a particular technology," said Tumasjan. The study included a total of 4,005 US companies that were on average about five years old. The venture capitalists' start-up valuations were assessed using the so-called pre-money valuation. The long-term success of an investment in a start-up was measured by an initial public offering (IPO) or acquisition of a start-up.

Twitter sentiment is a "weak signal," whereas patents are a "strong signal"

The results show that Twitter sentiment about technology do, in fact, significantly predict the venture capital valuations of young high-tech companies whose business model is based on these technologies. However, Twitter cannot predict long-term investment success as indicated by a start-up's IPO or acquisition. "Twitter sentiment is a comparatively novel signal in venture capital financing, and it is at the same time only a weak signal in comparison to patents," resumed Tumasjan. Patents and patent applications have been shown to be strong signals for years, as they are associated with both the valuation and the long-term investment success.

In summary, from the perspective of start-up founders Twitter hype of a technology or trend may be beneficial to obtain a higher capital valuations. However, Professor Andranik Tumasjan recommends that venture capitalists should not let themselves be distracted by Twitter sentiment and should instead focus on other signals, such as patents. This also applies to experienced venture capitalists: according to the study, they are not immune to Twitter hype either.