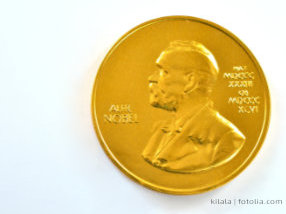 The researchers Frances H. Arnold and George P. Smith and Gregory P. Winter were announced as this year's winners of the Nobel Prize for Chemistry. Their achievements in the directed evolution in enzymes and the use of phage-display to produce antibodies was groundbreaking and worthy of the Nobel Prize Committee's appreciation.

The power of evolution drove the research that led to this year's Nobel Prizes. The directed evolution of enzymes, developed by Frances H. Arnold, can lead from biofuel to drugs. Enzymes are developed in such a way that they synthesize desired products from selected substrates. She was the first researcher to use this method and is continuing to develop it further.

Using the phage display method, researchers George P. Smith and Gregory P. Winter were able to develop proteins in a targeted manner.  This makes it possible to produce antibodies that can be used specifically against autoimmune diseases such as psoriasis, rheumatoid arthritis and others.