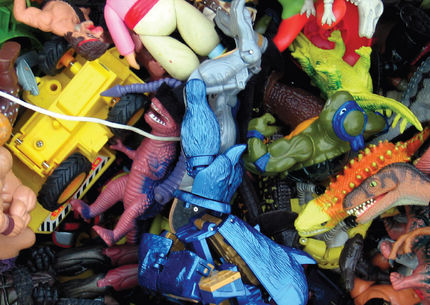 You may deem the chance slim that mythical monsters are hiding underneath your offspring’s beds. However, danger might be lurking there in the form of toy blocks, action figures, or crayons. 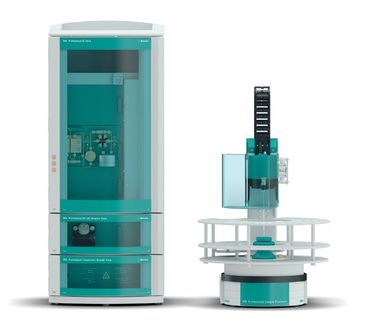 Diagram of the IC system for the determination of chromium(VI) in toy samples. Following manual extraction, dilution, and neutralization of the samples, the fully automated analysis process takes place according to the measurement setup shown above. Dosing the sample and post-column reagent using Dosinos rather than pumps offers a number of benefits, as it allows not only exceptionally precise control of the sample volume, but also post-column reagent dosing that is synchronized with the column flow – as well as automatic switching between the post-column reagent and rinsing solution. 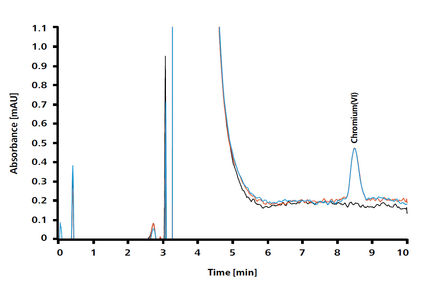 Two determinations of a standard solution containing 0.04 μg/L chromium(VI) in a matrix corresponding to that of a neutralized migration solution – this contains HCl, Na2CO3, NaHCO3, and (NH4)2SO4 (red and blue). The reference curve (black) shows the chromatogram of ultrapure water.

You may deem the chance slim that mythical monsters are hiding underneath your offspring’s beds. However, danger might be lurking there in the form of toy blocks, action figures, or crayons. Hazardous substances found in everyday items, including toys, pose a particular threat to children. Even low concentrations have the potential to cause significant harm to their small bodies – and since children don't just discover the world through their eyes and hands, but by putting things in their mouths, too, they are at high risk of ingesting these substances

Facts, background information, dossiers
More about Metrohm
Most read white papers
other
Topics A-Z
All topics
Get in Touch with the Supplier Now: Download Whitepaper