Why Does Bacon Smell So Good?

The Aroma of Bacon 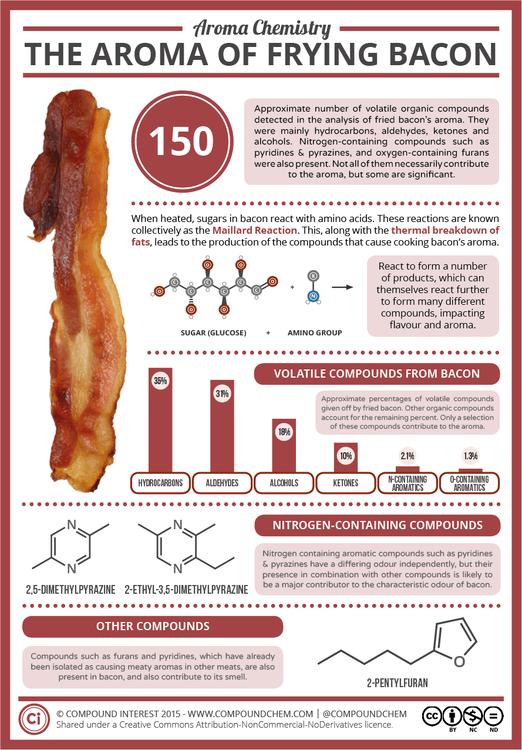 Why Does Bacon Smell So Good?

When it comes to breakfasts, there are few aromas better than that of bacon, sizzling and crisping in a pan. As part of a brief new series looking at the chemicals behind aromas, this graphic considers the chemicals that lend bacon it’s characteristically mouth-watering scent.

Considering that bacon is such a universally worshipped food item, you’d’ve thought research on anything relating to bacon would be a hot commodity. The world of scientific research doesn’t seem to be quite as enamoured with bacon as the general public, however, and research on the compounds behind the aroma of frying bacon is surprisingly sparse. Clearly science has a few priorities to get in order.