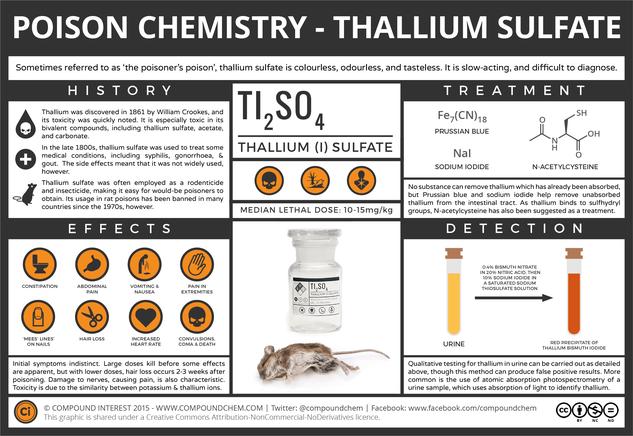 Having already looked at arsenic and cyanide in the previous instalments in this series, our attention turns to thallium, another famed poison. Thallium perhaps doesn’t share quite the same profile as arsenic and cyanide, but despite this it’s perhaps an even more effective compound in poisonings. This graphic looks at its history and effects.

Thallium as an element was first discovered in 1861 by the British chemist William Crookes. He identified it from the bright green line in its emission spectrum, and consequently named it thallium, from the Greek word ‘thallos’, meaning ‘green shoot’. The toxicity of thallium and its compounds was quickly noticed; experiments in which the compound was fed to animals saw all of the test subjects die within a few days.