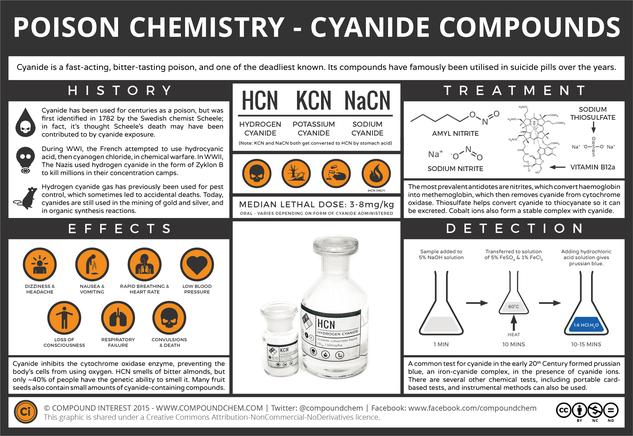 The second in the series on poisons looks at cyanide, another notorious agent of murder. It’s played a role in genocide, in suicide pills, and is also found in small amounts in the seeds of numerous fruits. So, why is cyanide so poisonous, and why are deaths from cyanide poisoning less of a rarity than those from arsenic poison in the modern day?