Separation and Sediment Analysis – All Dispersing Agents Are Possible 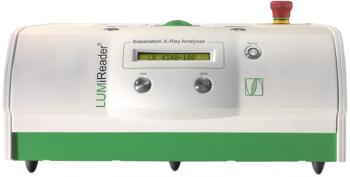 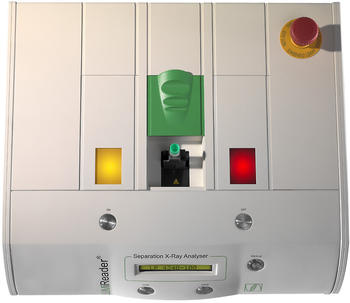 Next
‹ ›
Request information or a quote

LUM GmbH is market leader in innovative analysers for direct and accelerated stability analysis and particle characterization of dispersions. In addition, solutions in the field of material testing are now provided with the new LUMiFrac®.

The innovative Separation Analyser LUMiReader® X-Ray extends the proprietary STEP-Technology® to X-radiation, to characterize the separation behaviour of highly concentrated, opaque suspensions and emulsions for a broad range of particle sizes under original conditions (no dilution required).

All dispersing agents are possible, being solvent or oil or water. Different measuring cells are available.

LUMiReader X-Ray enables the use of X-radiation for the patented STEP-Technology® (Space and Time resolved measurement of Extinction Profiles). A microfocus X-ray source in combination with a X-ray optics emits parallel, mono-energetic X-rays (I0) onto the entire sample in the measuring cell. The transmitted radiation I is detected by thousands of sensors in a linear arrangement from sample bottom up to the filling height. A microscale resolution is realized. Space and time-resolved transmission profiles are simultaneously detected for for the entire sample height (here 20 mm). The transmission is converted into X-ray attenuation (ln I/I0). The volume concentration can be calculated even for polydisperse samples without knowing the refractive index.

Separation processes, particle migration and particle size changes result in transmission changes. Those are simultaneously characterized space- and time-resolved, up to the display of concentration gradients within a separated phase of high concentration, like sediment or cream layer.

LUMiReader X-Ray Applications Include e.g. The Qualitative and Quantitative Characterization of

LUMiReader X-Ray is the ideal extension to the established LUM instruments for dispersions. The identical measuring cells can be measured first in LUMiSizer®, LUMiFuge® or LUMiReader PSA and then be analysed in LUMiReader X-Ray. To the advantages of direct and accelerated stability analysis and particle characterization by near-infrared or visible light, the qualitative and quantitative determination of concentration profiles in separated and highly concentrated phases is easily added. LUMiReader X-Ray is sold with type approval according to German X-ray ordinance (RöV).