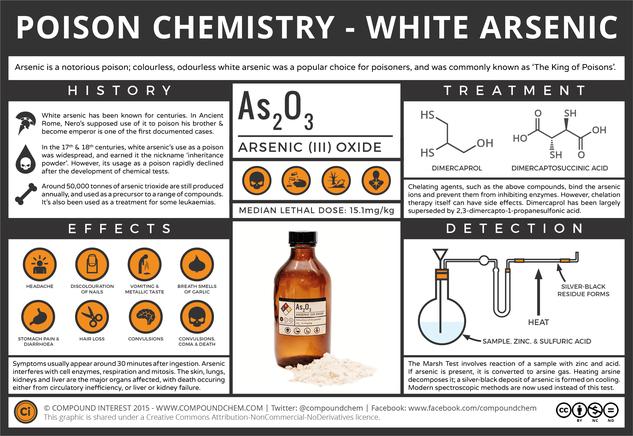 This graphic is the first in a planned series looking at the effects and chemistry of a range of different poisons. As such, it seemed appropriate to start with one of the most well known poisons: arsenic. Arsenic has been used by poisoners for centuries, primarily in the form of white arsenic, or arsenic trioxide, which this graphic focuses on.

Arsenic Trioxide has, according to some sources, been used in traditional Chinese medicine for over 5000 years. Whilst there is no definitive record of its first use as a poison, it’s doubtless been utilised as one for a number of centuries, over which it has been used to depose of relatives, officials, and rulers. Its popularity owes much to its appearance and smell: colourless and odourless, its addition to food is as a consequence difficult to detect.