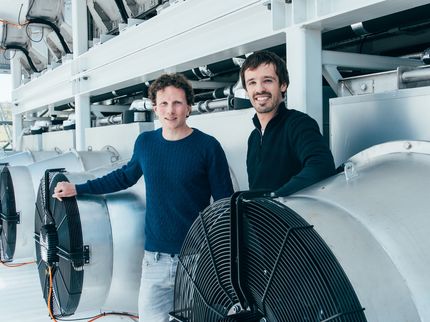 Climeworks AG announced it has raised CHF 30.5 million in equity funding, from a group of existing and new private investors as well as Zurich Cantonal Bank. The successful financing round brings the Swiss company another step closer to achieving its vision of capturing one percent of global CO2 emissions by 2025.

The new investment comes from a consortium of existing and new private investors and Switzerland’s largest cantonal bank, Zurich Cantonal Bank. With this financing round, investment in Climeworks AG and its pioneering DAC technology totals more than CHF 50M worth of private equity and public grants.

Since the beginning of 2017, Climeworks has grown from 30 to 60 employees. The company has built nine direct air capture plants for three different market segments in 6 countries. Two of those plants marked milestones in the DAC industry last year: in May 2017, Climeworks launched the world’s first commercial DAC plant in Hinwil, Switzerland, selling air-captured CO2 to a greenhouse owner. Later that year in November Climeworks opened the world’s first DAC plant in combination with underground sequestration of CO2 in Iceland.

Jan Wurzbacher, co-founder and co-CEO of Climeworks AG: “Our direct air capture plants serve markets ranging from Food, Beverage and Agriculture, through Renewable Fuels and Materials to Carbon Dioxide Removal. In the latter, companies and individuals can reverse their unavoidable emissions via Climeworks. All three markets are set to grow, and with this latest investment Climeworks is well-positioned with a strong base for further growth.”

Christoph Gebald, co-founder and co-CEO of Climeworks AG: “Besides assembling an exceptional team, we are happy and thankful that we were able to establish an excellent shareholder structure over the last years, supporting us to pioneer the creation of a new, timely and relevant industry.”