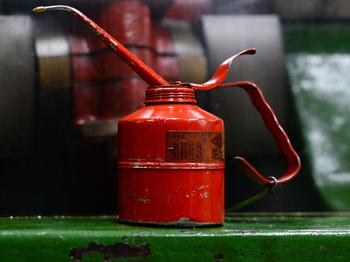 Brenntag has signed an agreement to acquire Oils ‘R Us Co., Ltd. headquartered in Thailand. The company has a diversified customer base as it distributes a wide range of lubricants for Automotive, Commercial Vehicle, Industrial and Marine applications.

“Our acquisition in Thailand, which is the second largest economy in Southeast Asia, perfectly drives Brenntag’s lubricants expansion plan in the region forward. Not only regional, but also in terms of service offering, since Oils ‘R Us offers us extensive possibilities to establish lubricant decanting and re-packaging  capabilities in the future,” says Henri Nejade, Member of the Management Board of Brenntag Group and CEO Brenntag Asia Pacific.

Brenntag already markets, sells, and distributes lubricants in Singapore, Hong Kong, the Central & South of Vietnam, and West Java including Jakarta in Indonesia. The acquisition of the business in Thailand will thus enlarge Brenntag’s footprint in Southeast Asia.

Anthony Gerace, Managing Director Mergers & Acquisitions at Brenntag Group, sums up: “Our strategy is to build broad regional coverage of lubricant distribution in Southeast and Southern Asia. Adding a platform in the important market of Thailand is the next step for Brenntag Asia Pacific to complete its vison to become the leading distributor and provider of lubricants and value-added services in the region.”

The target business generated sales of approximately EUR 22 million in the financial year 2019. Closing of the transaction is expected to occur in the second half of 2020.