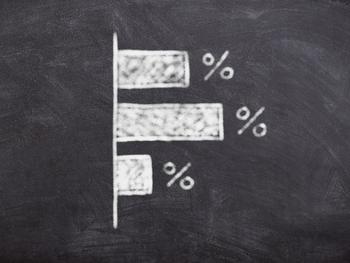 In the first half of this year, the transaction volume of mergers and acquisitions in the chemical and life sciences industries has decreased dramatically. The volume of deals announced in the first six months is only $84 billion. Compared to the previous year (389 billion dollars), this is a decrease of 78 percent. The strongest M&A activity continues to be in the USA and China. This is shown by a KPMG analysis based on figures from Thomson Reuters.

Christian Klingbeil, Sector Head Deal Advisory Life Science at KPMG in Germany: "This sharp decline is due to lockdowns in many countries caused by the COVID-19 pandemic. In the current environment, the COVID effects continue to cause great uncertainty in market expectations, so that purchase price calculations are exposed to great risks and the transaction market remains in a wait-and-see attitude. In both industries there was not a single transaction with a volume of more than 10 billion US dollars in the second quarter of 2020".

In the first half of 2019, the chemical sector has 423 announced transactions with a total volume of $20 billion - a decrease of 82% compared to the previous year ($110 billion).

As in the previous year, portfolio optimization and specialization is a driver of M&A activity in the chemical sector in these uncertain times. With a volume of USD 5 billion, the sale of BP's petrochemicals business to INEOS Group Holdings S.A. represents the largest transaction in the industry. BP plc. has already achieved its target of divestitures of USD 15 billion, originally planned for mid 2021, one year earlier.

In June, Saudi Arabian Oil Co (Aramco) announced the completion of the 70% acquisition of Saudi Basic Industries Corp. (SABIC). Through this transaction, Aramco intends to accelerate its downstream strategy by expanding its integrated refining and petrochemical capacity to benefit from the expected growth in demand for petrochemical products.

The announced transaction volume of the life sciences sector fell by 77 percent to around 64 billion US dollars compared to the first half of the previous year. At 1,274, the number of deals announced was slightly lower than in the previous year (1,451 deals).

The life sciences sector has a key role to play in the fight against COVID-19 through the development of a potential vaccine. Driven by the uncertainties and risks of the market, M&A activities are taking a break.

In the search for a corona vaccine, the German government is investing 0.34 billion US dollars in the biopharmaceutical company CureVac AG, which specialises in mRNA technology for the treatment of diseases and the production of vaccines. The German government's investment, which is being implemented by the Kreditanstalt für Wiederaufbau (KfW), is the first step of the German government's Corona economic stimulus and future development package of June 3, 2020.