22 hazardous chemicals added to EU regulation on imports and exports 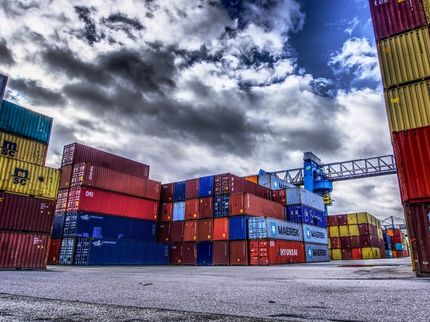 Exporters of the substances now have to notify their designated national authority before exporting them. In most cases, consent from the importing country is also needed. In addition, exports from the EU of a series of mercury-containing articles, such as fluorescent lamps, have also been banned.

19 new entries containing 22 substances are now subject to export notifications under the PIC Regulation. Three of the entries (diquat, glufosinate and propineb) cover two substances each.

EU exporters who want to export any of the substances after 1 September 2020, as such or in mixtures, need to notify their designated national authority of their intention at least 35 days before the date of their first export.

20 of the 22 substances also need consent from the authorities of the importing country before they can be exported.

The majority of the 22 substances have been added to the PIC Regulation because they are banned as active substances in plant protection products within the EU. Some are also severely restricted under the Biocidal Products Regulation and, approved only for a limited number of biocidal products. One substance (imidacloprid) is also used in veterinary medicinal products.

The pesticide phorate has been added following its listing under the Rotterdam Convention in 2019. Exports of phorate now require an export notification.

The industrial chemical hexabromocyclododecane (HBCDD) has also been added to Annex I, Part 3 to PIC following its listing under the Rotterdam Convention in 2019. However, as HBCDD is already listed under Annex V to PIC, exports of it from the EU are banned.

All EU exporters and importers of all these substances now have to report their annual imports and exports to and from the EU.

Furthermore, a series of mercury-containing articles have also been added to Annex V to PIC and exporting them from the EU is now banned. In addition, two mercury compounds have been added and their export is now only allowed for uses in laboratory scale research and analysis.

On 24 September 2020, ECHA will host an online information session to explain the scope and main requirements of the PIC Regulation, as well as the actions exporters need to take to comply with the regulation – from notifying to reporting.

The European Commission reviews the list of chemicals subject to the PIC Regulation at least once a year. The review takes into account developments in EU law and the Rotterdam Convention.

Within the EU, the PIC Regulation implements the Rotterdam Convention on the prior informed consent procedure for certain hazardous chemicals and pesticides in international trade. The regulation applies to pesticides (plant protection products and other pesticides such as biocidal products, disinfectants, insecticides and parasiticides) and industrial chemicals that are banned or severely restricted within the EU.

Substances listed in Annex I to PIC are subject to an export notification where exporters need to notify their intentions to export certain chemicals to non-EU countries.

Substances listed in Annex I Part 2 are also subject to an explicit consent where the exporter’s designated national authority needs to receive a statement agreeing to the import from the authorities in the importing country.

Substances listed in Annex I Part 3 are subject to the export notification requirement, as well as explicit consent, unless there is an import response published in the PIC circular of the Rotterdam Convention, and certain criteria are met. Chemicals in the PIC circular are listed in Annex III to the Rotterdam Convention and subject to the PIC procedure described in the convention.

Substances and articles listed in Annex V to PIC are subject to an export ban.