New approaches to promote the use of nuclear magnetic resonance spectroscopy for analysis in chemistry, biology, and medicine 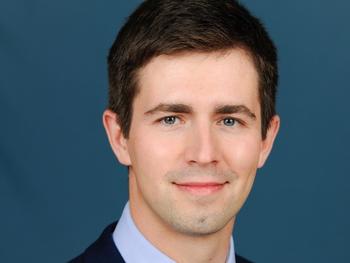 The diverse work of Mainz-based physicists in the field of nuclear magnetic resonance is being boosted by a new highly application-oriented approach: In October 2020, Dr. Danila Barskiy will join Johannes Gutenberg University Mainz (JGU) to set up a group focusing on nuclear magnetic resonance (NMR) spectroscopy, the objective being to explore approaches that do not require magnetic fields for chemical, biological, and medical applications. To do so, he has been awarded a Sofja Kovalevskaja Award worth EUR 1.6 million by the Alexander von Humboldt Foundation. "We are very pleased that Danila Barskiy and his research have been honored in this way. His work not only covers new and previously unexplored aspects, but also excellently complements research we are already undertaking here in Mainz," said Professor Dmitry Budker, Barskiy's host at the Institute of Physics at JGU and at the Helmholtz Institute Mainz (HIM).

Nuclear magnetic resonance spectroscopy is a standard analytical technique used to study the structure and dynamics of materials and living objects. With its sister technology Magnetic Resonance Imaging (MRI), NMR spectroscopy is used in organic chemistry, biochemistry, and medicine with fluids being positioned particularly well to this type of analysis. However, NMR spectroscopy is reaching its limits: Due to the weak interaction between atomic nuclei and the applied magnetic field, signals produced by NMR-active nuclei are typically extremely low and, therefore, require high magnetic fields for detection. This rules out the possibility of developing portable point-of-care devices, among other things.

Sofja Kovalevskaja Award winner Dr. Danila Barskiy has been looking at ways of improving NMR spectroscopy for around ten years, most recently at the University of California, Berkeley, from where he will be making the transition to Mainz. He is pursuing various approaches with the aim of designing compact and portable NMR devices that will ultimately be as small as a chip and affordable for wide analytical markets. According to Barskiy, the problem is the following: "Despite improvements being made, most NMR systems are still not compact because they need field strengths of several Tesla in order to distinguish between the chemical signatures in an NMR spectrum."

Barskiy's new interdisciplinary group will focus on developing miniaturized, portable NMR sensors. These sensors would employ the principle of zero to ultra-low field magnetic resonance, or ZULF NMR for short, using optically pumped magnetometers which would not require any strong magnetic fields. In addition to applications in chemical and biomedical research, such sensors could find use for detecting metabolic disorders at an early stage.

By heading up a work group at Mainz, Barskiy also wants to develop hyperpolarizers for benchtop NMR spectrometers. Hyperpolarization improves the alignment of nuclear spins in a sample, thereby amplifying their NMR signals. The scientist predicts that application-specific hyperpolarizers for tabletop NMR devices may be soon available and that they will be about the size of a coffee machine. And with a tabletop NMR device, it will be possible to perform highly sensitive analyses of fuels, biofluids such as blood or urine, and food extracts. "This will democratize NMR spectroscopy by providing access to wider audiences and will accelerate technological progress in developing countries," Barskiy emphasized.

This represents another positive result of the collaboration between UC Berkeley, in particular the laboratory of Professor Alexander Pines, and the Mainz group led by Professor Dmitry Budker. "We have been working very productively with Professor Pines and his team, including Dr. Barskiy, for many years and developed ZULF NMR together," said Budker. "Danila Barskiy was one of the first to recognize the importance of this research in the biological and medical context." Budker points out that Barskiy's plans fit perfectly with the work being done at Mainz, which is also being pursued as part of the European Union's ZULF NMR Marie Curie Innovative Training Network together with other European partners.

Danila Barskiy studied at Novosibirsk State University and earned a doctorate in physical chemistry for his research at the International Tomography Center (ITC SB RAS). In 2015, he began working as a postdoc at Vanderbilt University in Nashville, Tennessee, and subsequently joined Professor Alexander Pines' team at the University of California, Berkeley in 2017. "The conditions in Mainz are unique for me. The planned collaborations and the resources available fit perfectly with the projects I am pursuing. Thanks to the Sofja Kovalevskaja Award, I can not only begin an independent research career, the multidisciplinary research in Germany is promoted as a whole," emphasized Barskiy.

The Alexander von Humboldt Foundation gave the 2020 Sofja Kovalevskaja Award to eight international research talents aged between 29 and 36 years. It is one of the most richly endowed research awards in Germany and provides young researchers with venture capital for innovative projects at an early stage in their careers. They undertake research for up to five years at German universities and research institutions and build up their own work groups at their host institutes. The award is funded by the German Federal Ministry of Education and Research (BMBF).