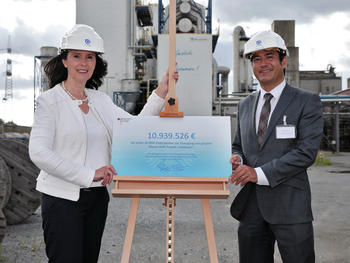 Air Liquide is planning to build a 30-megawatt (MW) electrolyser for the production of climate-neutral hydrogen in Oberhausen. In a first phase, the plant is to go into operation as early as 2023 with a capacity of 20 MW. The German Federal Ministry for Economic Affairs and Energy has approved public funding for this project - the first electrolyser on a global scale to be realized as part of the partnership between Air Liquide and Siemens Energy. The electrolyzer will be integrated into Air Liquide's existing hydrogen pipeline to supply key industries and zero-emission mobility in the Rhine-Ruhr region with climate-neutral hydrogen.

The PEM electrolyzer will be the largest carbon-neutral hydrogen production facility to be connected to an existing pipeline. The accelerated availability of these gases will support sectors such as steel, chemicals, refining and mobility in North Rhine-Westphalia in their efforts to reduce their carbon footprint.