Significant increase in sales and earnings 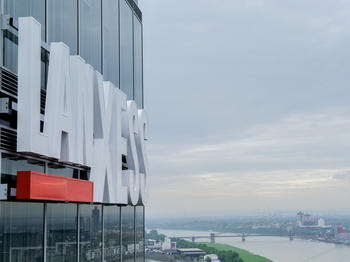 Following a good second quarter, LANXESS has again raised its guidance for the full year 2021. The specialty chemicals company now expects EBITDA pre exceptionals to be between EUR 1 billion and EUR 1.05 billion. The guidance also reflects the acquisition of Emerald Kalama Chemical, which was completed in early August, with an EBITDA contribution of around EUR 35 million for the remainder of 2021. Previously, LANXESS expected earnings of between EUR 950 million and EUR 1 billion.

LANXESS significantly increased EBITDA pre exceptionals in the second quarter compared with the prior-year period, which was dominated by the pandemic: earnings were up by 23.7 percent from EUR 224 million to EUR 277 million. This positive development was driven by increasingly strong demand from the automotive industry, with the Engineering Materials segment benefiting in particular. The Consumer Protection segment also developed strongly, with earnings almost reaching the high level of the previous year. The Group managed to largely pass on the sharp increase in raw material prices in all segments by adjusting selling prices. Exchange rate effects, particularly from the U.S. dollar, high freight costs and significantly higher energy costs, especially in Germany, had a negative impact on earnings. The EBITDA margin pre exceptionals was 15.1 percent, compared with 15.6 percent in the prior-year quarter.

“Our business continued to develop well in the second quarter. Volumes are back to pre-pandemic levels and we are confident about the second half of the year. With this momentum and the successful acquisition of Emerald Kalama Chemical, we are able to once again accelerate our growth path and raise our guidance for the full year,” said Matthias Zachert, Chairman of the Board of Management of LANXESS AG.

Group sales in the second quarter rose significantly by 27.5 percent to EUR 1.831 billion from EUR 1.436 billion in the previous year. As expected, net income from continuing operations was significantly below the prior-year figure of EUR 803 million at EUR 77 million. In the second quarter of 2020, a substantial level of extraordinary proceeds had been generated from the sale of the stake in chemical park operator Currenta.

Just last week, LANXESS completed the second-largest acquisition in its history. The acquisition of Emerald Kalama Chemical strengthens the specialty chemicals company’s position in markets with attractive growth rates and opens up new high-margin application areas, particularly in the area of consumer protection. These include, among others, products for flavors and fragrances as well as preservatives for use in foods and beverages or in cleaning and cosmetic products. The Group expects to complete the integration of the new businesses quickly. In fiscal 2021, the acquisition will already contribute around EUR 35 million to LANXESS’ annual result.

The Advanced Intermediates segment benefited from strong demand and corresponding higher volumes. Sales were also driven by higher selling prices. At EUR 505 million, sales were 17.4 percent above the prior-year figure of EUR 430 million. EBITDA pre exceptionals fell by 6.8 percent from EUR 103 million to EUR 96 million, impacted by higher energy and freight costs. In addition, earnings in the prior-year quarter also included positive price effects, as lower raw material prices were not passed on to the market immediately. The EBITDA margin pre exceptionals fell accordingly to 19.0 percent from 24.0 percent in the prior-year period.

In the Specialty Additives segment, increasingly strong demand was reflected in significantly improved results. Volumes rose strongly and selling prices were also higher than in the previous year due to the passing-on of increased raw material costs. Adverse exchange rate effects had a negative effect. Sales rose by 28.5 percent from EUR 442 million to EUR 568 million. EBITDA pre exceptionals was EUR 89 million, 48.3 percent above the prior-year figure of EUR 60 million. The EBITDA margin pre exceptionals rose from 13.6 percent to 15.7 percent.

Sales and earnings of the Consumer Protection segment in the second quarter reached the strong level of the prior-year period. Continued good business with agrochemicals at Saltigo and good demand for disinfectants at Material Protection Products led to higher volumes. The businesses of the acquired companies INTACE and Theseo also made a positive contribution. Adverse exchange rate effects impacted sales and earnings. Sales increased by 4.3 percent from EUR 301 million to EUR 314 million. EBITDA pre exceptionals was EUR 65 million, down 4.4 percent from the prior-year figure of EUR 68 million, due to higher energy and freight costs and price effects. The EBITDA margin pre exceptionals reached 20.7 percent, compared with 22.6 percent in the previous year.

The Engineering Materials segment benefited from increasingly strong demand from the automotive industry – volumes increased significantly. Selling prices were also higher than in the prior-year quarter, which was severely impacted by the Corona pandemic. Exchange rates developed negatively. Sales in the second quarter increased by 73.8 percent from EUR 244 million to EUR 424 million. EBITDA pre exceptionals was EUR 68 million, up 142.9 percent from EUR 28 million a year earlier, despite higher freight and energy costs and the unavailability of a key supplier. The EBITDA margin pre exceptionals rose from 11.5 percent to 16.0 percent.