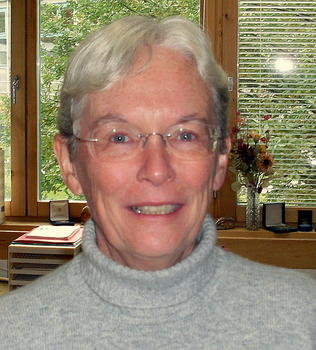 The Royal Swedish Academy of Sciences (RSAS) has appointed Professor Barbara Cannon as President, starting on 1 July 2012 for a period of three years.

Barbara Cannon, born in 1946 in the United Kingdom, is Professor of physiology. Between 1985 and 2010 she was Director of the Wenner-Gren Institute, Stockholm University, where she still works. As a British citizen she is a foreign member of the Academy, elected in 1989. She has for the past decades had more than 30 high-ranking positions and honorary tasks in the scientific community, both in Scandinavia and in Europe. Among others, she was Chairman of the Nobel Foundation’s council for three years (2009–2011).

For some 40 years Barbara Cannon’s research has focussed on the function of brown adipose tissue. It is the most important organ for heat production in mammals. Previously, the perception was that brown adipose tissue only exists in small mammals, but it is now established that it is also found in adult humans. It is therefore of great interest to understand how it affects our metabolism and our tendency to develop obesity. The potential for new drugs in this area is a significant issue today for pharmaceutical companies. A new unexpected insight that emerged from her research is that brown adipose tissue is not related to white adipose tissue, but rather originates from the same kind of cells as muscle tissue.

Barbara Cannon takes up the post as President on 1 July 2012.