Hall effect at the speed of light: How can you demonstrate relativistic effects with your mobile phone? 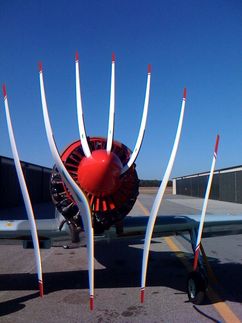 Fig. 1: The rolling-shutter effect is a visual distortion and vertical shift of the centroid of a rotating propeller caused by the time delay from the horizontally-moving shutter of the camera.

The relativistic Hall effect describing objects rotating at speeds comparable with the speed of light has now been reported. The work by Konstantin Bliokh and Franco Nori at RIKEN in Japan, NAS in Ukraine, and the University of Michigan in the US sheds light on aspects of fundamental physics, and you can demonstrate some aspects of this with your mobile phone.

As any cameraman knows, recording a fast rotating object such as a fan using a “rolling shutter” camera, like those found on mobile phones,  results in weird distortions. Less widely understood — until now — is the link between these distortions and some of the landmark theories in physics, namely Einstein’s relativity and the Hall effect.

Hall effects describe the interplay of rotation and linear motion in objects. There are already a number of manifestations of the Hall effect, including classical, quantum, and ‘spin-based’.

Relativity describes effects that arise when an object approaches the speed of light.  This study considered the Hall effect as arising naturally under special relativity conditions without any external ﬁelds. The researchers found that a relativistic treatment of rotating bodies and quantum wave systems with angular momentum results in deformations and a shift in the geometric centre. The distortions have parallels with those found when recording a rotating object with a rolling shutter camera.

“Our description makes relativistic and quantum aspects of angular momentum fully consistent with each other,” conclude  Bliokh and Nori.

This relativistic approach may find applications over a wide range of length scales including elementary spinning particles, classical light and, even rotating black holes.