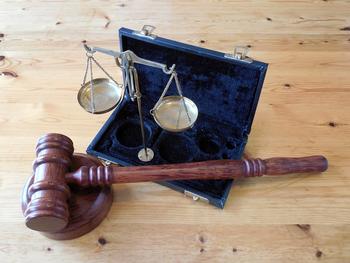 The full International Trade Commission (ITC) has made a final determination that Umicore has infringed on BASF and Argonne National Laboratory’s patents. The order bans in particular the import of Umicore’s infringing nickel-manganese-cobalt (NMC) cathode materials, confirms that lithium-ion batteries containing these materials are infringing, and finds that Umicore is contributing to and inducing its customers’ infringement.

“We are very pleased that the ITC has confirmed the February 29, 2016 ruling of ITC Administrative Law Judge Thomas Pender,” said Kenneth Lane, President of BASF’s global Catalysts division. “This decisive finding highlights that Umicore has been competing unfairly in the market for NMC cathode materials. At BASF, we value innovation and we will continue to enforce and protect our intellectual property in this important area.”

Umicore has continued infringing despite Judge Pender’s decision, and it has even gone so far as telling the media and marketplace that Umicore customers should continue to import products containing Umicore’s infringing NMC cathode materials. However, the full Commission decided that Umicore’s efforts and sales of NMC materials to battery manufacturers and other customers were acts of induced and contributory infringement and confirmed that those who import batteries containing Umicore’s infringing NMC are committing infringement as well. In its exclusion order, the ITC is “prohibiting the unlicensed entry of [infringing] lithium metal oxide cathode materials…that are manufactured by, or on behalf of, or imported by or on behalf of Umicore.”

“Anyone importing products containing Umicore’s infringing NMC without a license is infringing,” said Matthew Lepore, General Counsel for BASF Corporation. “Umicore customers who continue importing infringing products without a license are exposing themselves to enhanced damages for willful patent infringement.  The ITC found infringement and the U.S. Patent & Trademark Office and the ITC have confirmed the validity of these patents multiple times. There would be a high likelihood of success in an expedited district court proceeding to block unlicensed imports with a preliminary injunction.”

“BASF is committed to the battery industry and has made significant investments in the research, development and manufacture of NMC cathode materials,” said Jeffrey Lou, Senior Vice President of BASF’s global Battery Materials business. “BASF has NMC manufacturing operations in the United States and in Asia with BASF Toda Battery Materials LLC, a joint venture for producing NMC and Nickel Cobalt Aluminum (NCA) cathode materials.”