A chemical criterion for rating movies 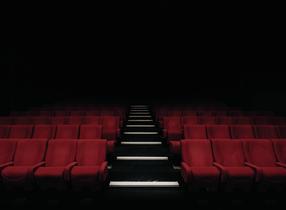 Photo by Felix Mooneeram on Unsplash

A measurable criterion now exists for determining the age rating of films. A group of scientists at the Max Planck Institute for Chemistry in Mainz has found that the concentration of isoprene in cinema air correlates with the cinema industry‘s voluntary classification of films. Evidently, the more nervous and tense people are, the more variable is the isoprene they emit. This can be used to deduce how “stressful” a film might be for children and adolescents.

The age from which children are allowed to watch a movie has so far been based on subjective judgments. In Germany, the Voluntary Self Regulation of the Movie Industry (FSK) classifies films after carefully examining their content. Some movies such as The Lion King are released for all ages, whereas others such as Harry Potter, Star Wars and Dracula are only suitable for viewers aged 6, 12, 16 or 18 respectively. Ultimately, the classification is fairly subjective.

Researchers at the Max Planck Institute for Chemistry in Mainz have now developed a method that can objectively evaluate the age at which children and adolescents can safely watch a movie. They measured the composition of air in cinemas as well as levels of volatile organic compounds (VOCs) during 135 screenings of eleven different movies. Over 13,000 audience members were involved. For a variety of film genres and age groups, the researchers found that isoprene levels reliably correlate with the age rating of a film. “Isoprene appears to be a good indicator of emotional tension within a group,” says Jonathan Williams, group leader at the Max Planck Institute for Chemistry. “Our approach could therefore provide an objective criterion for deciding how movies should be classified.”

Isoprene is formed by metabolic processes and is stored in muscle tissue. It is released via the circulatory system, expired air and the skin whenever we move. “Evidently, we involuntarily squirm back and forth on our cinema seat or tense our muscles when we become nervous or excited,” Jonathan Williams explains. And how intently the audience follows a film is, in turn, a good indication of the movie’s emotional impact on children and adolescents.

If the new method were applied to an audience with representative age groups, it could help to determine the age rating of a movie in disputed cases. In addition, the measurements could show how audience reactions and age classification standards change over time.

In order to detect the chemical clues, the scientists connected a mass spectrometer to the cinema’s ventilation system. During the film screenings, the device, which can identify substances even at ppt levels, was used to track changes in the air composition by taking measurements once every 30 seconds. In this way the team analyzed the concentrations of 60 compounds. Based on the data, the scientists then created a model that compares the age classification with the data on how often and in what quantities the audience released those compounds.

Jonathan Williams has now come up with a new research idea for the unambiguous correlation they identified for isoprene. He plans to investigate whether the volatile organic compounds we emit leave a chemical fingerprint in the air, not only of tension but of other emotional states as well. His team was unable to determine this clearly during the film screenings, because scenes that elicit very different emotions follow each other in rapid succession, thereby blurring the potential air-borne chemical traces. However, by taking air measurements under controlled laboratory conditions, in collaboration with other Max Planck Institutes in Frankfurt and Nijmegen, Jonathan Williams now hopes to conduct a thorough investigation into the question of whether specific emotions leave traces in the air.