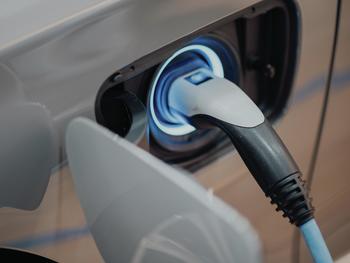 Photo by chuttersnap on Unsplash

As in people, aging plays out differently from one battery to another, and it's next to impossible to measure or model all of the interacting mechanisms that contribute to decline. As a result, most of the systems used to manage charge levels wisely and to estimate driving range in electric cars are nearly blind to changes in the battery's internal workings.

Instead, they operate more like a doctor prescribing treatment without knowing the state of a patient's heart and lungs, and the particular ways that environment, lifestyle, stress and luck have ravaged or spared them. If you've kept a laptop or phone for enough years, you may have seen where this leads firsthand: Estimates of remaining battery life tend to diverge further from reality over time.

Now, a model developed by scientists at Stanford University offers a way to predict the true condition of a rechargeable battery in real-time. The new algorithm combines sensor data with computer modeling of the physical processes that degrade lithium-ion battery cells to predict the battery's remaining storage capacity and charge level.

"We have exploited electrochemical parameters that have never been used before for estimation purposes," said Simona Onori, assistant professor of energy resources engineering in Stanford's School of Earth, Energy & Environmental Sciences (Stanford Earth).

The new approach could help pave the way for smaller battery packs and greater driving range in electric vehicles. Automakers today build in spare capacity in anticipation of some unknown amount of fading, which adds extra cost and materials, including some that are scarce or toxic. Better estimates of a battery's actual capacity will enable a smaller buffer.

"With our model, it's still important to be careful about how we are using the battery system," Onori explained. "But if you have more certainty around how much energy your battery can hold throughout its entire lifecycle, then you can use more of that capacity. Our system reveals where the edges are, so batteries can be operated with more precision."

The accuracy of the predictions in this model - within 2 percent of actual battery life as gathered from experiments, according to the paper - could also make it easier and cheaper to put old electric car batteries to work storing energy for the power grid. "As it is now, batteries retired from electric cars will vary widely in their quality and performance," Onori said. "There has been no reliable and efficient method to standardize, test or certify them in a way that makes them competitive with new batteries custom-built for stationary storage."

Every battery has two electrodes - the cathode and the anode - sandwiching an electrolyte, usually a liquid. In a rechargeable lithium-ion battery, lithium ions shuttle back and forth between the electrodes during charging and discharging. An electric car may run on hundreds or thousands of these small battery cells, assembled into a big battery pack that typically accounts for about 30 percent of the total vehicle cost.

Traditional battery management systems typically rely on models that assume the amount of lithium in each electrode never changes, said lead study author Anirudh Allam, a PhD student in energy resources engineering. "In reality, however, lithium is lost to side reactions as the battery degrades," he said, "so these assumptions result in inaccurate models."

Onori and Allam designed their system with continuously updated estimates of lithium concentrations and a dedicated algorithm for each electrode, which adjusts based on sensor measurements as the system operates. They validated their algorithm in realistic scenarios using standard industry hardware.

The model relies on data from sensors found in the battery management systems running in electric cars on the road today. "Our algorithm can be integrated into current technologies to make them operate in a smarter fashion," Onori said. In theory, many cars already on the road could have the algorithm installed on their electronic control units, she said, but the expense of that kind of upgrade makes it more likely that automakers would consider the algorithm for vehicles not yet in production.

The team focused their experiments on a type of lithium-ion battery commonly used in electric vehicles (lithium nickel manganese cobalt oxide) to estimate key internal variables such as lithium concentration and cell capacity. But the framework is general enough that it should be applicable to other kinds of lithium-ion batteries and to account for other mechanisms of battery degradation.

"We showed that our algorithm is not just a nice theoretical work that can run on a computer," she said. "Rather, it is a practical, implementable algorithm which, if adopted and used in cars tomorrow, can result in the ability to have longer-lasting batteries, more reliable vehicles and smaller battery packs."