‘Smart rust is cheap to make and ecologically sound’ 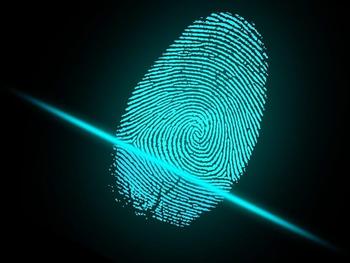 We can only guarantee that objects are manufactured in an environmentally friendly, socially sustainable way and recycled correctly if all raw materials and intermediate products are marked unambiguously using a tamper-proof method. The current optical (barcode) and electromagnetic (RFID chip) methods of identification cannot meet these demands, as their size or readability renders them unsuitable for use in various materials.

The group led by Prof. Karl Mandel (Professorship of Inorganic Chemistry) at FAU has now developed a magnetic particle marker which can be used to mark materials easily and which can be read using a handy device. The researchers’ findings have recently been published in the journal Small..

The working group led by Prof. Mandel has been working for some time on special particles known as supraparticles which can be identified unambiguously thanks to their optical or magnetic properties. The project is being funded by the Federal Ministry of Education and Research (BMBF) with the NanoMatFuture Grant 03XP0149, which is awarded to researchers in the area of materials research who are in the early stages of their career.

The spherical supraparticles are between one and ten micrometres in diameter. Each supraparticle consists of hundreds of thousands of building blocks with a diameter of only a few nanometres.

In principle, any nano building blocks can be used to manufacture the particles, provided they are magnetic. Researchers at FAU have opted to use iron oxide for economic and ecological reasons. ‘Smart rust is cheap to make and ecologically sound,’ explains doctoral candidate Stephan Müssig, who has a doctoral scholarship from the German Federal Environmental Foundation (Deutsche Bundesstiftung Umwelt).

For example, supraparticle 1 may consist of nano building blocks A, B and C in the ratio of 10:10:80 percent, whilst supraparticle 2 may have a ratio of 20:30:50. The range of possibilities is enormous. Each specific ratio gives the supraparticle specific properties which can be read using a magnetic particle spectrometer and unambiguously identified, like a fingerprint.

There must be more than one hundred different types of magnetic nanoparticles which could be used already listed in scientific literature. ‘If you use five different types of nano building blocks per supraparticle, that results in approximately 77 billion coding variations in a single particle,’ explains Müssig.

The nano building blocks could be synthesised quickly in water and processed into a magnetically identifiable powder using spray drying. Small amounts of plastic or glue may be added to the powder to identify a wide range of materials, batches, or product lines. Unlike a barcode, a magnetic code is not outwardly visible and cannot be changed at a later date, according to Müssig.

He explains that magnetic signals can pass through many different materials which do not allow optical signals to pass. Using today’s optical methods, it is very difficult for machines to sort and recycle black plastics, for example, which are incorporated into a number of electronic devices. This could change significantly if magnetic marking were used.

‘The principle behind magnetic particle spectroscopy makes detection extremely accurate, cheap and mobile,’ according to Müssig. ‘The reading device only needs a fraction of a second in order to read the supraparticle’s magnetic signal, and we expect that it will take the form of a coil, roughly the size of a coin.’ A magnetic particle marker like this could improve quality control and reduce the number of counterfeit products, which account for an annual loss of roughly 500 billion US dollars.