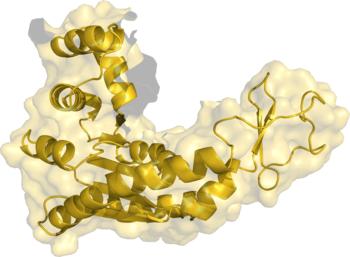 They are often referred to as the "building blocks of life": Biomolecules. To understand and use their function in the body, one must know their structure. A complex and sometimes imprecise matter. This is where the new method developed at the University of Duisburg-Essen (UDE) together with other German research centres comes in - with the help of artificial intelligence. The researchers have now published their results in Nature Machine Intelligence.

Ingested with food, biomolecules enter the body and are broken down into chemical compounds - biomolecules such as fats, proteins or carbohydrates. The question of how they are structured becomes particularly interesting when it comes to the molecular cause of diseases, for example. The problem is that complex experiments are needed to resolve the structure of the nano-sized biomolecules. But even then, the evaluations are not always unambiguous - the measured data require extensive interpretation. UDE Professor Alexander Schug, head of the Computational Structural Biology group, illustrates this with an example: "A shadow cast can be caused by different shapes. Here we have the measurement data of how the biomolecule reacts to the examination, but we don't know directly what the biomolecule looks like."

This is where artificial intelligence comes into play, which the UDE team has developed in collaboration with the Forschungszentrum Jülich, the Karlsruhe Institute of Technology and the German Cancer Research Center. The measurement data is complemented by a physics-based model of the biomolecule in the computer. "To stay in the analogy of casting shadows, we ask ourselves: which biomolecule shape could produce such a shadow and is at the same time physically stable?" The method is based on swarm learning: a computer simulates many members of a large swarm simultaneously, with each member testing a different weighting of measured values and physical model. In the process, all swarm members are in contact with each other and in a permanent exchange of parameter combinations. "They learn which combinations work well and get better and better at narrowing down which other promising combinations exist. This then leads to the structure they are looking for." As a result, the new method makes very efficient use of computing time while delivering highly accurate structures.

In the future, this method could help treat diseases that act at the molecular level, such as Alzheimer's or Huntington's disease. Its use in material simulations is also conceivable.