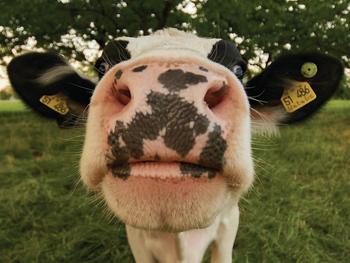 New results from a group of researchers at the Austrian Centre of Industrial Biotechnology (acib) and BOKU Vienna show that bacteria from cow stomachs can be used to degrade polyesters, which are used to make textiles, packaging and compostable plastic bags, among other things. On the one hand, the research findings shed light on microbial communities that reside within the ruminal fluid in cattle rumen and had been little studied in terms of plastic degradation. On the other hand, the research findings could provide a sustainable option for reducing plastic waste.

More and more plastic waste is being produced in Europe. There are now almost 26 million tonnes of waste (as of 2019) in our environment and oceans, of which approximately 15 percent is polyester. Public awareness and government bans on single-use plastic items are driving developments to prevent this problem by recycling and reusing plastic. However, many common solutions are energy intensive, unsustainable due to the use of toxic chemicals, and unable to break down plastics from mixed waste streams, for example.

"Plastic, while difficult to break down, is similar in many ways to the structure of natural polyesters such as cutin, one of the main components of the plant cell. Cutin can be found in compost piles, for example, where it is broken down by natural enzymes. This gave us the idea to look for enzymes in other places as well", explains Doris Ribitsch, senior researcher at acib and researcher at the Institute of Environmental Biotechnology at BOKU Vienna. Since the feed of cows already contains natural plant polyesters, which are broken down and digested by the ruminal fluid in the bovine rumen, a part of the cow's stomach, the researchers ventured a closer look into the microbial composition of the ruminal fluid - and made a find.

"A huge microbial community lives in the rumen reticulum, which is responsible for the digestion of food in animals. Therefore, we suspected that some biological activities might also be used for the hydrolysis of plastics," said Ribitsch describing the enzymatic reaction that is responsible for the decomposition of plastics into their original building blocks - monomers and oligomers. These building blocks can subsequently be used to produce either new polymers or completely different molecules.

The researchers investigated three types of polyesters: one, commonly known as PET, is a synthetic polymer that is often used in textiles and packaging. The other two were a biodegradable plastic commonly used in compostable plastic bags (PBAT) and a bio-based material made from renewable resources.

To obtain the microorganisms to be tested, rumen fluid was obtained from an Austrian slaughterhouse. The researchers then brought this fluid into contact with the three types of plastic being tested to determine how effectively the plastic could be degraded. The groundbreaking results, recently published in the prestigious journal Frontiers in Bioengineering and Biotechnology, show that all three plastics can be degraded by the microorganisms from cow stomachs. Compared to similar research that mostly studied individual microorganisms, Ribitsch and her colleagues found that the rumen fluid was more effective, which may suggest that the microbial community has a synergistic advantage. Ribitsch said, "In nature, complex molecules such as lignin, a component of wood, are degraded by enzyme cascades, a collaboration of several microorganisms. We assume that it will also take an interplay of several enzymes isolated from the bovine rumen to ensure an overall degradation of polyester."

To date, the research has been conducted on a laboratory scale. "Due to the large quantities of rumen produced in slaughterhouses every day, upscaling would be easy to imagine," Ribitsch believes the process can also be implemented on an industrial scale. However, Ribitsch points out that it will still be a long way from rumen liquid to large-scale industrial plastic degradation. Indeed, microbial communities are still under-researched as a potential environmentally friendly resource for plastic recycling. "We need to investigate the enzymes for their activity and specificity in further projects: When and under which conditions are the enzymes active? Which enzyme mixture works most efficiently?" reveals Ribitsch. However, the acib and BOKU researchers have already proven that the process works and that it could open up a new path in plastic recycling.