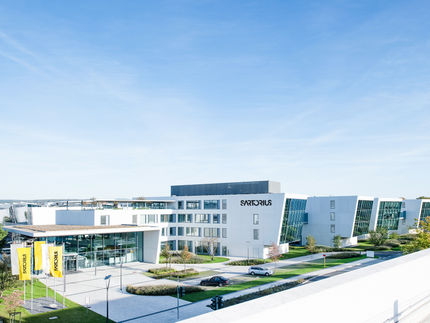 Due to the excellent development of its core business, additional demand generated by the coronavirus pandemic, and several acquisitions, the life science group Sartorius closed fiscal 2021 with exceptionally strong growth and a jump in profitability. According to preliminary figures, the company achieved significant double-digit percentage growth in order intake, sales revenue and earnings, and expects dynamic development with double-digit growth in sales revenue and sustained high profitability in the current year as well.

“Our employees have coped excellently with the second pandemic year and all its challenges. Despite strained supply chains, we were able to support our customers in their demanding projects in the development and production of biopharmaceuticals and vaccines, grew strongly in both divisions, and achieved, and partly exceeded, our financial targets that were raised several times during the year. We have also made excellent progress in the expansion of our production capacities. I am especially pleased that we were able to create more than 3,000 additional jobs,” said Executive Board Chairman and CEO Joachim Kreuzburg.

According to preliminary figures for fiscal 2021, Group sales revenue rose against the prior year by 49.3 percent in constant currencies (reported: +47.7 percent) to around 3,449 million euros. The major part of this growth was attributable to strong organic expansion of the core businesses of both divisions and in all regions. Acquisitions contributed around 5 percentage points to the increase in sales revenue, while products and components for the development and production of coronavirus vaccines as well as coronavirus test kits contributed around 16 percentage points.

Order intake grew even slightly more dynamically than sales revenue, rising by 52.3 percent in constant currencies to 4,268 million euros (reported: +50.5 percent). Around 13 percentage points of this growth were generated by pandemic-related demand; acquisitions contributed close to 7 percentage points. While order intake was significantly above sales revenue up into the third quarter, also because some customers in the current situation placed their orders further in advance than usual, the ratio of order intake to sales revenue normalized during the second half of the year and was at the level of the company’s long-term average toward the end of the year.

Earnings also grew strongly in 2021. Underlying EBITDA rose very sharply by 69.7 percent to 1,175 million euros; the respective margin jumped by 4.5 percentage points to 34.1 percent (previous period: 29.6 percent). The increase is attributable to economies of scale and to partially deferred cost development, for example as a result of low travel activity because of the pandemic and deferred new hires in relation to sales growth. This trend subsided due to the intensified buildup of the workforce in the second half of the reporting year, as well as to rising costs in logistics and purchasing. Relevant net profit surged by 84.9 percent to 553 million euros. Underlying earnings per ordinary share were 8.08 euros (previous period: 4.37 euros) and 8.09 euros (previous period: 4.38 euros) per preference share.

Business development in the regions

The Sartorius Group continues to have a very sound balance sheet and financial base. As of December 31, 2021, its equity ratio stood at 30.2 percent (December 31, 2020: 30.8 percent). Despite extensive investments and two acquisitions, net debt to underlying EBITDA on the reporting date was 1.5 as a result of strong net cash flow, down from 2.6 at year-end 2020. The ratio of capital expenditures (CAPEX) to sales revenue reached 11.8 percent compared to 10.3 percent in the prior-year period. Cash flow from investing activities stood at –428 million euros relative to -248 million euros in fiscal 2020.

Increase in the number of employees to nearly 14,000

As of December 31, 2021, Sartorius employed a total of 13,832 people worldwide. Compared with year-end 2020, headcount thus rose by 3,195 or 30.0 percent. The accelerated increase in the number of employees compared with previous years resulted from the expansion of production capacities to keep pace with the company’s dynamic growth. However, buildup of workforce was deferred in relation to sales revenue development.

The Bioprocess Solutions Division, which offers a wide array of innovative technologies for the manufacture of biopharmaceuticals and vaccines, grew its sales revenue in 2021 by 54.7 percent in constant currencies (reported: + 53.0 percent) to 2,727 million euros. In particular, its business with manufacturers of biopharmaceutical medications performed very well. Beyond this, pandemic-related demand, predominantly due to coronavirus vaccine production being established and ramped up by some customers, added around 20 percentage points to the division’s sales expansion, while acquisitions contributed close to 5 percentage points. The development was supported by expanded production capacities at several sites.

Order intake developed even more strongly than sales revenue, surging by 57.6 percent in constant currencies (reported: +55.6 percent) to 3,484 million euros. Part of this high order intake was due to the changed ordering patterns of some customers who placed their orders further in advance than usual.

Underlying EBITDA of the Bioprocess Solutions Division rose at a significantly overproportionate rate in relation to sales revenue, growing by 71.3 percent to 986 million euros. The division’s respective margin climbed year over year from 32.3 percent to 36.2 percent. Economies of scale as well as deferred cost development in some areas contributed to this rise in profitability.

The Lab Products & Services Division, which specializes in equipment and technologies for life science research and pharmaceutical laboratories, also saw strong growth. Sales revenue increased by 32.0 percent in constant currencies to 722 million euros (reported: +30.6 percent) compared to the prior-year period dampened by the pandemic. The major part of this growth was organic and included around 6 percentage points from components used in coronavirus test kits. Acquisitions contributed around 6 percentage points. Development was especially dynamic in the strategic growth area of bioanalytics.

Order intake grew just as strongly as did as sales revenue, rising by 32.6 percent in constant currencies (reported: +31.1 percent) to 784 million euros.

Underlying EBITDA of the Lab Products & Services Division soared in 2021 by 62.3 percent to 189 million euros while the corresponding margin reached 26.1 percent (previous period: 21.0 percent). This very strong expansion was based on economies of scale, a favorable product mix, and deferred cost development in some areas.

After two exceptional years, also due to the pandemic, Sartorius expects double-digit growth for the full year of 2022 despite its high revenue base. “We are very optimistic about our future business development. We are moving ahead at full speed in investing into capacities for further growth and are strengthening our global footprint in all areas with new employees. Following the jump in profitability in 2021, we are aiming at achieving the same high level of profitability in the current fiscal year. We have also set ourselves an ambitious target to continuously reduce our CO2 emission intensity,” said Kreuzburg.

As a technology partner for developers and producers of innovative medical drugs and vaccines, Sartorius business activities contribute directly to social sustainability goals that aim to improve the health and well-being of people. Beyond this, Sartorius has also already undertaken a number of measures to reduce its ecological footprint, such as switching to renewable energy, optimizing packaging and increasing usage of recycling.

Now the Group has linked its ambitions in this area to a holistic target. As a high-growth company, Sartorius will be focusing on reducing its CO2 emission intensity, which specifies the output of emissions in proportion to sales revenue. Sartorius aims to reduce its CO2 emission intensity by around 10 percent annually on average until 2030, spending over time around 1 percent of its sales revenue annually for corresponding measures.

Sartorius expects dynamic performance for the full year of 2022 as well. Consolidated sales revenue is thus projected to increase by about 14 percent to 18 percent. Initial consolidation of the acquisitions closed or agreed upon in 2021 is estimated to contribute about 1 percentage point to this increase. Following the jump in profitability in 2021, the company expects its underlying EBITDA margin to reach a figure at the high prior-year level of about 34 percent.

Regarding pandemic-related business, the company projects sales revenue for 2022 at about the previous year’s level of around 500 million euros.

Investments will further increase in 2022 and are expected to reach a CAPEX ratio of about 14 percent. They will continue to be focused on the expansion of production capacities, for example, in Germany, the USA, and South Korea. Net debt to underlying EBITDA is expected to be about 1.1 at year-end. Possible further acquisitions are not included in these projections.

Based on the company’s performance in fiscal 2021, management raised its mid-term forecast for profitability again. The underlying EBITDA margin for the Group is now expected to be around 34 percent in 2025 (previously around 32 percent). For the Bioprocess Solutions Division, the company projects an underlying EBITDA margin of around 36 percent (previously around 34 percent) and for the Lab Products & Services Division of about 28 percent (previously about 25 percent) for the full year of 2025. The margin targets already include expenses of around 1 percent of Group sales revenue for measures to reduce the company‘s CO2 emission intensity.

The consolidated sales revenue target for 2025 had already been substantially raised at the beginning of 2021 and remains unchanged at around 5 billion euros. For the Bioprocess Solutions Division, company management continues to project sales revenue of about 3.8 billion euros and for the Lab Products & Services Division sales revenue of around 1.2 billion euros in fiscal 2025. Sartorius plans to achieve this sales revenue increase in both divisions primarily through organic growth and additionally by acquisitions.

The mid-term targets for 2025 still do not include any pandemic-related business as management currently considers such estimates to be too uncertain.

All forecasts are based on constant currencies, as in the past years, and assume that the global economy as well as supply chains will remain stable.

Moreover, these projections assume that, on average, the profitability margins of future acquisitions will initially be somewhat below the levels of the Group’s existing businesses and, after integration, reach levels comparable to these. Management points out that the dynamics and volatilities in the life science and biopharma sectors have increased over the past years and the coronavirus pandemic has further amplified these trends. Accordingly, the forecasts currently show even higher uncertainties than usual.