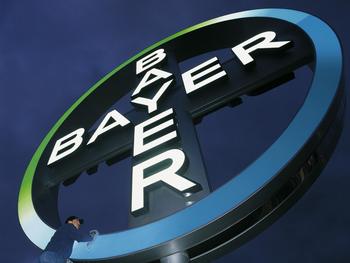 The Bayer Group had a very successful start to 2022. “We achieved outstanding sales and earnings growth, with particularly substantial gains for our agriculture business,” said Werner Baumann, Chairman of the Board of Management, on Tuesday as he presented the quarterly statement for the first quarter of 2022. “Our forecast going forward this year remains confident despite the great uncertainties, including the stability of supply chains and energy supplies, and we confirm the currency-adjusted outlook for the full year published in March.”

Group sales and earnings were not negatively impacted by Russia’s invasion of Ukraine in the first quarter. In business terms, Russia and Ukraine do not rank among the company’s top ten key countries; in total, the two countries account for around 3 percent of sales.

Free cash flow improved by 63.2 percent to minus 1.187 billion euros. Net financial debt as of March 31, 2022, at 34.527 billion euros, was 4.2 percent higher than at year-end 2021, mainly as a result of cash outflows from operating activities and negative currency effects.

In the agricultural business (Crop Science), sales rose by 21.6 percent (Fx & portfolio adj.) to 8.447 billion euros thanks to substantial price and volume growth. Bayer’s sales grew by double-digit percentages in all regions and achieved particularly strong growth at Herbicides (Fx & portfolio adj. 59.8 percent) and Fungicides (Fx & portfolio adj. 18.6 percent). While there was particularly strong growth for Herbicides in North America, Fungicides generated double-digit percentage sales growth in all regions. Corn Seed & Traits posted sales gains, primarily due to price increases in all regions. Here, Bayer also benefited from volume gains in the Europe/Middle East/Africa, Latin America, and Asia/Pacific regions. Sales at Soybean Seed & Traits were level with the prior-year period (Fx & portfolio adj. up 0.8 percent), and were higher in North America due to price increases but lower in Latin America due to lower volumes.

EBITDA before special items at Crop Science advanced by 49.9 percent to 3.669 billion euros, driven mainly by higher prices. Bayer also benefited from higher volumes and ongoing efficiency programs. By contrast, earnings were diminished by an increase in costs, particularly in the cost of goods sold, that was mainly due to high inflation. There was a positive currency effect of 98 million euros (Q1 2021: minus 252 million euros). The EBITDA margin before special items increased significantly by 6.6 percentage points to an all-time high of 43.4 percent; currency effects had a dilutive effect of 0.8 percentage points.

Pharmaceuticals: sales up thanks to Eylea™, Nubeqa™ and radiology business

Sales of prescription medicines (Pharmaceuticals) rose by 2.6 percent (Fx & portfolio adj.) to 4.624 billion euros, climbing substantially in the Europe/Middle East/Africa region. The division was more than able to offset price-related declines in sales due to tender procedures in China, especially for the oral anticoagulant Xarelto™ (Fx & portfolio adj. minus 5.0 percent) and the cancer drug Nexavar™ (Fx & portfolio adj. minus 34.7 percent) through higher volumes for other products. This was possible in part by continuing to expand business with the ophthalmology drug Eylea™ (Fx & portfolio adj. 13.9 percent), which boosted market share in a growing market, particularly in Europe and China. Moreover, Bayer achieved gains in the Radiology category, particularly with Ultravist™ (Fx & portfolio adj. 26.4 percent), against a weaker prior-year quarter driven by the pandemic. Due to encouraging growth in volumes in the United States, Europe and Japan, the cancer drug Nubeqa™ recorded a sales gain of 61.5 percent (Fx & portfolio adj.). In addition, the market launch of Kerendia™ for the treatment of patients with chronic kidney disease and type 2 diabetes in the third quarter of 2021 had a positive impact.

EBITDA before special items at Pharmaceuticals declined by 7.3 percent to 1.389 billion euros. The main factors for this development were increased investments in future growth, primarily in the marketing and distribution of new products such as Kerendia™, Nubeqa™ and Verquvo™. The division also incurred higher research and development expenses compared to the prior-year quarter which had benefited from the proportionate recognition of 52 million euros in proceeds from the sale of a priority review voucher in the United States. Negative currency effects of 34 million euros (Q1 2021: 57 million euros) were an additional burden. The EBITDA margin before special items was 30.0 percent; currency effects had a dilutive effect of 1.6 percentage points.

EBITDA before special items at Consumer Health advanced by 32.9 percent to 388 million euros. This was mainly due to exceptional sales growth, active price management and cost control. Bayer also recorded one-time gains through the sale of a minor, nonstrategic brand. Investments associated with the launch of innovation behind Bayer brands and inflation-related increases in costs weighed on earnings. There were positive currency effects of 6 million euros (Q1 2021: minus 26 million euros). The EBITDA margin before special items improved significantly by 2.4 percentage points to 25.7 percent; currency effects had a dilutive effect of 0.3 percentage points.

Recognition of Bayer’s progress in the area of sustainability

Bayer has made good progress with its sustainability targets, as was confirmed by the investor-led CA100+ initiative’s Net-Zero Company Benchmark, in which Bayer was one of the top-rated companies. Bayer received seven (out of a total of ten) green indicators in the 2021 Benchmark published in late March (compared with only two in 2020), which was more than any other of the 166 evaluated companies. ISS ESG, one of the world’s leading rating agencies in the Environmental, Social and Governance sustainable investment segment, likewise honored Bayer as a “climate outperformer” in its Climate Awareness Scorecard. ESG ratings are primarily used by investors as an indicator of a company’s sustainability performance.

Furthermore, the Board of Management has decided to switch Bayer’s vehicle fleet worldwide to electromobility, to take place as soon as possible. The specific time frame will be mainly influenced by market conditions and the pace of expansion of the EV charging infrastructure.