Award ceremony for Paul Anastas and John Warner in Lisbon 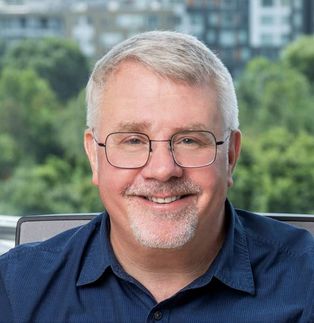 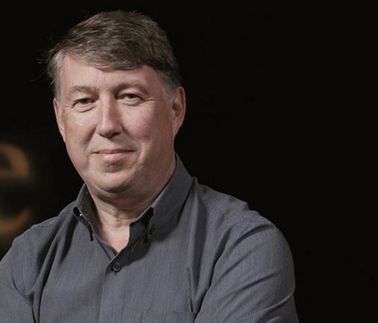 The German Chemical Society (GDCh) honors Professor Dr. Paul T. Anastas and Professor Dr. John C. Warner for her special services to chemistry with the August Wilhelm von Hofmann commemorative medal. The GDCh thus honors the awardee as the founders of the concept of green chemistry, for which they not only laid the scientific and intellectual foundations, but also realized concrete implementations. The award ceremony will take place on September 1st at the 8th EuChemS Chemistry Congress in Lisbon, Portugal.

More than twenty years ago, Paul Anastas and John Warner formulated twelve principles of green chemistry in their book Green Chemistry: Theory and Practice. With a visionary view of chemistry, they founded the field of green chemistry, which is indispensable today, and laid the foundation for sustainable chemical product development. In addition, the awardee were committed to the interdisciplinary integration of green chemistry at universities and actively contributed to the realization in their area and at other locations worldwide. For this exemplary commitment to the services of chemistry, Anastas and Warner now receive the August Wilhelm von Hofmann commemorative medal of the GDCh.

Long ridiculed as a kind of chemical vision for non-chemists and "greens", the principles of green chemistry are more relevant today than ever. The questions of how we can maintain industrial material flows and process chains with regenerative energy sources in the near future or how we have to give up syntheses from fossil resources for ecological reasons are becoming increasingly pressing. Anastas and Warner have shown for the first time how, with a holistic (circular economy) approach, new creative synthesis processes for the production of toxicologically and ecologically less harmful substances can emerge from these complex economic and eco-social contexts. The principles of green chemistry will be of increasing importance in the future, especially in view of the great challenges facing the chemical industry, for example with regard to decarbonization or rigorous regeneration of starting materials in existing material flows.

Apart from their pioneering work in the field of green chemistry, Paul Anastas and John Warner can look back on top-class academic careers with numerous outstanding scientific publications and patents.

Paul T. Anastas, born in 1962 in Quincy, Massachusetts, USA, received his BS in chemistry from the University of Massachusetts, Boston, USA, and his MA and Ph.D. in Organic Chemistry from Brandeis University, Waltham, Massachusetts, USA. He began his Career as a chemist with the United States Environmental Protection Agency (EPA), where he coined the term green chemistry and initiated the first research program in the field. In 1997 he co-founded the Green Chemistry Institute at the American Chemical Society (ACS) and worked in the White House Office of Science and Technology Policy from 1999 to 2004, most recently as Associate Director for Environmental Affairs. Anastas returned to the EPO in 2009 as Assistant Administrator of the EPO's Office of Research and Development (ORD) and Scientific Advisor to the Agency before moving to Yale in 2012. There he is now Professor of Epidemiology, holder of the Teresa and H. John Heinz III Chair in Chemistry for the Environment and Director of the Center for Green Chemistry and Green Engineering at Yale University, New Haven, Connecticut, USA. Anastas is known for his engaging and inspiring lectures and has received numerous awards and honors for his research.

John. C. Warner, born in 1962 in Quincy, Massachusetts, USA, received his BS in chemistry also from the University of Massachusetts, Boston, USA, and his MA and Ph.D. in Organic Chemistry from Princeton University, New Jersey, USA. After several years of research at the Polaroid Corporation, he returned to the University of Massachusetts from 1996 to 2007. Among other things, Warner introduced the world's first doctoral program in green chemistry there. In 2007 he co-founded the Warner Babcock Institute for Green Chemistry with James Babcock, of which he was President and CTO until 2020. Today he is Senior Vice President (Chemistry) and Distinguished Research Fellow at Zymergen Corporation as well as Global Sustainability Chair at University of Bath, UK, Associate Professor of Green Chemistry at Monash University, Melbourne, AUS, and Invited Professor at AgroParisTech, FR . Warner is also involved in the non-profit organization Beyond Benign, which he co-founded and which promotes green chemistry education. Warner has published over a hundred publications and received numerous awards for his work. In 2017, for example, the German Ministry of Economic Affairs and the Technical University of Berlin announced that they would name the "Chemical Invention Factory", which serves to promote and support technology transfer in green chemistry, "John Warner Center for start-ups in Green Chemistry" in Warner's honour . The realization of the new building is currently in the second of three planning phases, with completion scheduled for 2025.

The GDCh awards the August Wilhelm Hofmann Commemorative Medal - a gold coin - to personalities from Germany or abroad who have achieved great things for chemistry.