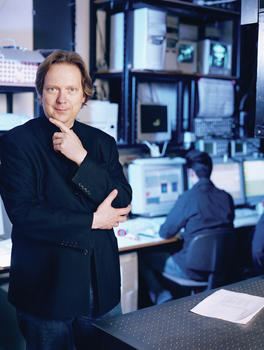 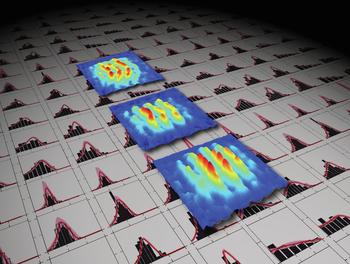 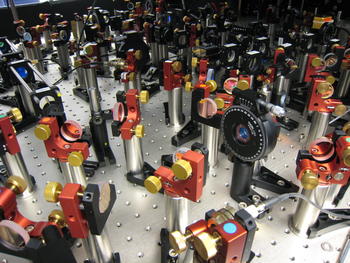 Optical setup at the Vienna University of Technology

With his research on quantum states in the realm between order and disorder, Professor Jörg Schmiedmayer's work has raised quite a stir; ultra cold atom clouds with a high degree of order approach a disordered thermal equilibrium. During this transition they spend some time in an astonishingly stable intermediate state. With a new ERC Grant, one of the most prestigious Research Grants in Europe, Schmiedmayer will now dig deeper into the physics of non-equilibrium phenomena in many-particle quantum systems.

How do quantum states melt?

Every day we can see transitions into a thermal equilibrium – for instance when an icicle heats up and melts. When this happens, the entropy increases and information about the system is lost. The ultra cold Bose-Einstein condensates created at the Vienna Center for Quantum Science and Technology (VCQ) also approach a thermal equilibrium. In doing so, they go from a state which can also be described in terms of quantum physics to a state in which the quantum properties of the particles do not play an important role any more. In between, however, a surprisingly stable intermediate state can be found – the so-called “pre-thermalized state”.

“At first, the order in the system decays rapidly, but then, after reaching the pre-thermalized state, it stays practically constant”, says Jörg Schmiedmayer. “Part of the quantum information can still be detected. The atom cloud has not yet forgotten that it has emerged from an extremely ordered Bose-Einstein condensate.” While the initial loss of information takes place within a few milliseconds, the pre-thermalized state remains for more than a tenth of a second.

Quantum Computers and the Big Bang

Schmidmayer believes that this appearance on an intermediate state between quantum physical order and classical disorder is a very general phenomenon, which should also be visible in different systems. “Pre-thermalized states supposedly play a role in heavy ion collisions at extremely high energies, for instance at the LHC, CERN. Also, the cosmic background radiation could possibly come from a pre-thermalized state the whole universe was in shortly after the Big Bang”, says Schmiedmayer. In quantum physics, the pre-thermalized state could be important for many different applications. If data is to be stored in a quantum computer or if quantum-calculations are to be carried out, a state of highly ordered disequilibrium has to be formed. The transition into a thermal equilibrium then destroys this state.

Grant from the European Research Council

For his research, Jörg Schmiedmayer now receives the ERC Advanced Grant, awarded by the European Research Council. With approximately two million Euros from the ERC grant, he is planning to do carry out new experiments investigating relaxation and non-equilibrium dynamics in quantum systems. “With our experiments we want to contribute to a fundamental unified theory of non-equilibrium systems, which hopefully applies to a variety of different quantum systems”, says Schmiedmayer.